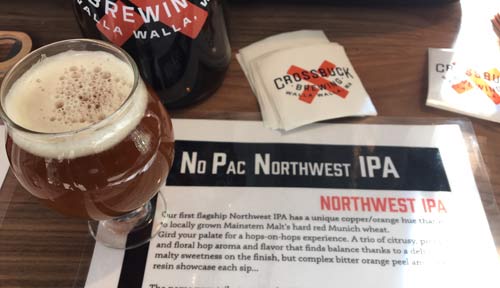 Back in January, we told you about Crossbuck Brewing. (Read our previous story.) Specifically, we shared the news that the brewery is now up and brewing in the old train depot near the heart of downtown Walla Walla, Washington. What we didn’t really explain in detail is that the brewery is part of the Fire & Vine Hospitality family of businesses, the same company that is behind some really, really good local restaurants, like El Gaucho’s three locations, The Lakehouse in downtown Bellevue, Aqua by El Gaucho on Seattle’s waterfront, Aerlume near Pike Place Market, and others. (Complete list below.) Without digging into business details, it’s just easiest to say that Crossbuck Brewing is related to Fire & Vine Hospitality–they’re part of the family.

Crossbuck Brewing is now shipping beer to Seattle. Expect to see it at restaurants across the Fire & Vine family. Look for two beers in particular: Switcher Kolsch and NoPac IPA. I attended a tasting event recently where I sampled those two beers and a few others. They’re all good. Clean, true to style, and flawless, from the crisp, light and slightly sweet Switcher Kolsch to the lush, robust and coconut-tinged Kokomo Kokonut Porter. The NoPac IPA is a delightful throwback, a real Northwest IPA that is not hazy and juicy, but bracing, hoppy and bit bitter. The brewery does, of course, also produce a hazy IPA. 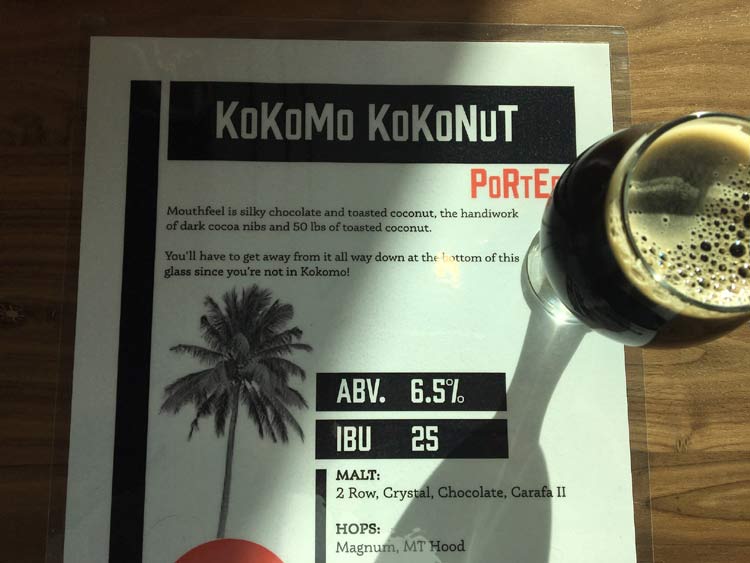 We were told that Aerlume, where the company held the tasting event, plans to put a selection of Crossbuck beers on tap. Maybe as many as six. Speaking of Aerlume, this new addition to the Fire & Vine family is absolutely gorgeous and happily located right between Cloudburst Brewing and Old Stove Brewing near Pike Place Market. You cannot beat the view, which will only get better as the viaduct comes down. 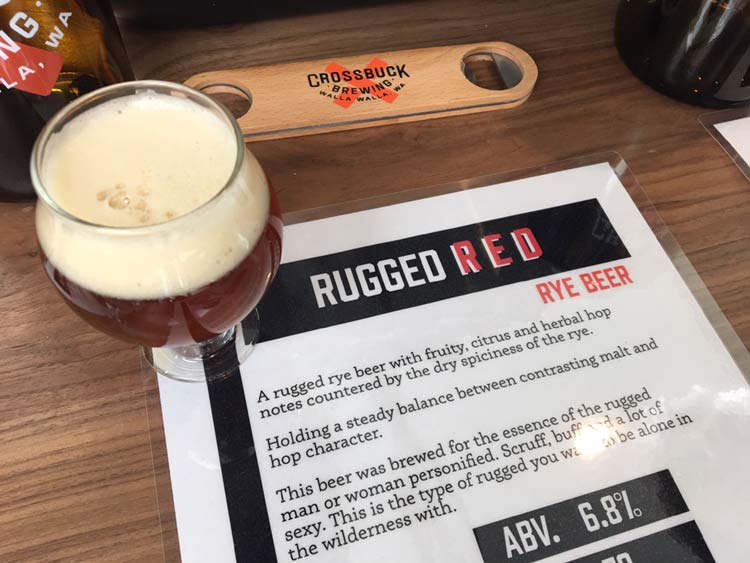 Visit Fire & Vine’s website for more info about the company.

Here’s the announcement from Fire & Vine Hospitality about the arrival of beers from Crossbuck.

The beer is here! Fire & Vine Hospitality is excited to announce that Crossbuck Brewing beer is now on tap at all of our Western Washington restaurants including El Gaucho Seattle, Bellevue and Tacoma, as well AQUA by El Gaucho, Miller’s Guild, The Lakehouse, Civility and Unrest and Aerlume. Crossbuck beers have been pouring at Eritage Resort, Walla Walla Steak Co and the Crossbuck tap room since October 2018. Our Puget Sound-area team selected two crowd-pleasing beers to serve at every Fire & Vine restaurant. Beginning today, the Switcher Kölsch and NoPac IPA will be available at all locations.

The NoPac IPA is a hops-forward trio of citrusy, piney and floral hop flavor from Chinook, Citra, Simcoe and Cascade hops. The flavor is balanced by a delicate malty sweetness on the finish. It pairs perfectly with the caramelized flavors of grilled meat cooked over live fire. The Switcher Kölsch is bright and clear with a soft malty sweetness, light spice and citrus notes from Mandarina Bavaria and Opal hops. Shellfish, salads and lighter fish dishes are a perfect match for the light, malty flavor of this German-style brew.

Every Crossbuck brew has a story and is crafted with locally sourced ingredients. Head brewer Steven Brack gets most of his hops from Yakima and Willamette Valley, and is also featuring Walla Walla Hops’ first harvest of a wild variety found in the Blue Mountains and replanted in their hop yard. “They have only gone through one harvest so far, but we have had some exciting results in our limited edition LOcAL SMaSH pale ale.”

Other releases currently available at Crossbuck Brewing taproom in Walla Walla include:

When asked how Steven decides which beers to make and why, he said “I always brew what I like to drink and hope others will like it too. I’m a curious drinker and I’m always looking for my next favorite… I’m a hopeful romantic and still haven’t found it yet but that doesn’t stop me from trying everything! There is always a specific beer for every occasion but I generally drink Pilsners, IPA’s and Porters/Stouts.”

Steven has a knack for developing clever names and descriptions for his beers. He says he generally loses sleep over each new beer name but that most come from a connection to his past or the history of the Walla Walla train depot building.

March will be a big month at the brewery to fill barrels for aging several fall/winter 2019 bottle release projects. Steven and his team also have several fun limited releases beers coming on tap soon. A Dry Stout, Helles and Pilsner will be in the tanks soon. As Steven says, “We need some immensely quaffable beers for spring, as it’s just around the corner, hopefully!”

We look forward to pouring a pint of our newest Crossbuck beers at any of our Fire & Vine locations, as well as in the taproom in Walla Walla.