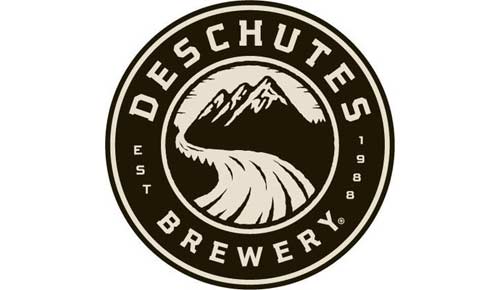 According to a report in the Roanoke Times, Deschutes Brewery is considering delaying or scaling back plans for a new brewery on  the East Coast. Back in 2016, after months of shopping around and courting local communities, the Oregon-based company announced that it had chosen Roanoke, Virginia as its East Coast home. The $95 million project was anticipated to employ 108 people in its first phase. The groundbreaking was planned for 2019.

Citing a change in market conditions, Deschutes now says that they are going to pause and reconsider the scale of its expansion. This decision came about one month before Deschutes was scheduled to close the deal on the purchase of 49 acres of land for the new facility.

On Monday, Deschutes CEO Michael LaLonde announced that the company saw a single-digit dip in its overall sales for the first time last year. As has been widely reported, although the overall craft beer industry continues to grow, some of the larger players have endured diminished sales.

According to an official statement from LaLonde, which the Roanoke Times cited, “Deschutes must act with adjustments of our own with regard to the scale and timing of our investments.”

Many people will look at this as another sign that the sky is falling. That the craft beer bubble is bursting. That the beer industry is about to regress back into the stone age or, worse yet, the Keystone age.

What I see is that some companies have maybe bitten off more than they can chew. Consider San Diego’s Green Flash Brewing, which recently found itself in bankruptcy, basically, because of its desire to take over the world. (Read about it here). The company recently had to cease operations at its 58,000 sq. ft. Virginia Beach production facility and release 43 employees. That facility just opened in late 2016. The company reported that it had taken on too much debt with the expansion. Now, after a new round of investors have jumped on board, Green Flash has massively retracted its business and plans to return to distributing its beer primarily west of the Rockies.

There are all sorts of negative terms thrown around these days regarding the health of the craft beer business. Words like saturation, over-crowding, and so on. I will not pretend to know what tomorrow looks like for the beer industry, but unlike a lot of people, I do not think we are teetering on the brink of disaster.

Here is what I do know for certain. Given the current state of the craft beer world, if I were a larger, regional player like Deschutes Brewery, I would be very careful about plans for big expansion. I think opening a huge new facility on the opposite coast of the continent qualifies as big expansion.

It seems to me that the craft beer industry is not shrinking or imploding; rather, it is retracting in on itself, with consumers favoring more local products. It’s getting denser, but not wider. Though the growth has slowed to a reasonable rate, the number of consumers reaching for craft beer continues to rise.  What I see is more people drinking craft beer, but less people drinking “big” craft beer. Everyone has their own definition of “big,” but it is a fact that breweries like Boston Beer, New Belgium, Sierra Nevada, and Deschutes have seen declining sales as more and more smaller-than-them craft breweries open up across the nation.

The Old Dominion (that’s Virginia’s nickname) has plenty of its own breweries. How verily they would support a West Coast brewery remains to be seen. That brewery may be considered a carpetbagger.

In my opinion, which is no more valid than anyone else’s, when I look at the future I see more local breweries and less regional and national breweries. Maybe that’s just wishful thinking. After all, I started the Washington Beer Blog and not the World Beer Blog. I like to drink local. Am I alone?

As I said, I do not pretend that my opinions are anything more than my opinions. I do not pretend to know what the future holds. That said, to my thinking, this news from Deschutes was expected. I would have been worried about Deschutes if they had not reconsidered the plan. If I were them, I would stop thinking about the East Coast. I would focus on how to stay relevant in the places where Deschutes is already supported. I would focus on maintaining and growing market share in existing markets. I know that doesn’t sound as sexy, and it probably doesn’t offer he same opportunity of great financial returns, but it seems wise.

The craft beer industry is in its adolescence. Remember what that was like? It is adjusting. It is maturing. The smartest breweries will tread very carefully as we move forward. The others will fall by the wayside. It’s evolution.

As always, I am curious to hear what other people think.