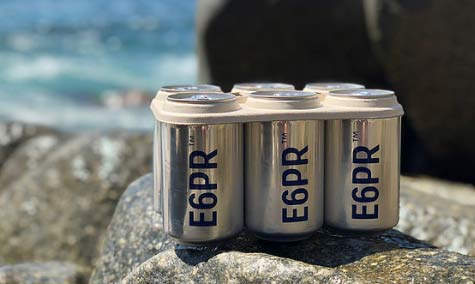 I’ve heard E6PR referred to as Edible Six Pack Rings and Eco Six Pack Rings, but the company that developed and manufactures the new product refers to it as “ecofriendly six pack rings.” The E6PR is exactly what it sounds like: a next-generation, environmentally responsible six-pack holder. As such, this six-pack holder is NOT made of plastic. Rather, the E6PR is made from composted material, which makes it biodegradable and even edible.

This innovative, eco-conscious product recently started finding its way into the world of craft beer. Among other breweries embracing the technology, Harmon Brewing of Tacoma, Washington is using the E6PR to package its Salish Sea Orca Lager, a beer that benefits marine wildlife restoration and preservation. 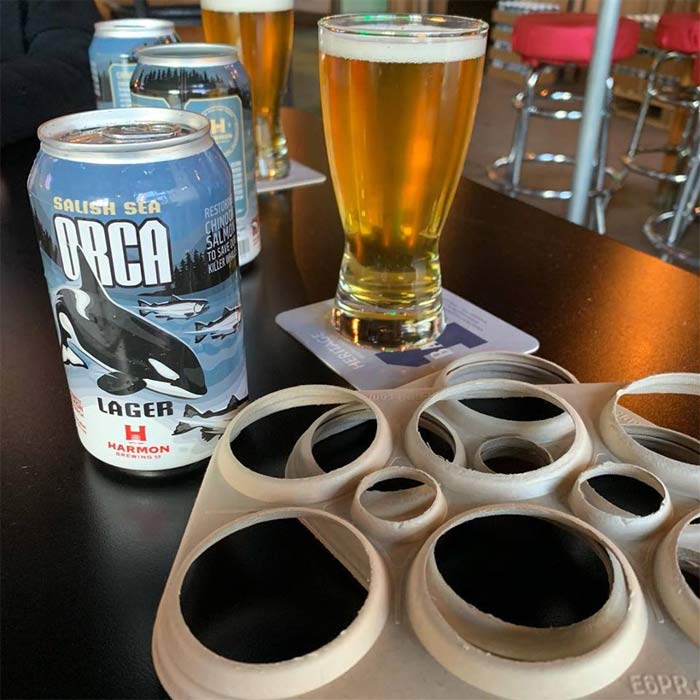 The Evolution of Species

As a child, I was taught to cut up those old-fashioned, clear plastic, loop-style six-pack rings so birds and other wildlife did not find themselves ensnared by the hoops. Today, those kinds of six-pack holders are made of a photo-degradable plastic that is lighter than water, so they float on the surface and degrade in the light. That is, they degrade eventually, not immediately and not quickly. Before they degrade, they continue to be a danger to wildlife.

The next real leap forward in six-pack technology came with the introduction of the reusable, snap style six-pack holder. This is what you see most craft breweries use these days. Reusable, yes, but more often recycled. The big advantage from an environmental standpoint is that there is no noose in which unwitting birds, turtles or other critters can stick their necks or beaks.

According to the manufacturer, “When disposed of properly, the E6PR finds its way to a compostable facility, where it will degrade in days, and when, unfortunately, left out in open land or a water system, it will degrade in a matter of weeks. Another encouraging fact of our product is that it’s made from compostable organic materials that do not cause harm to wildlife in case of ingestion.” 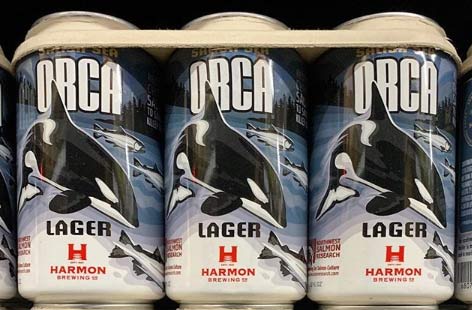 “Cans of our Salish Sea Orca Lager are currently being sold at Total Wine, Harbor Greens (Tacoma and Gig Harbor), Local Boys (Purdy), and Tacoma Boys (Tacoma location),” says Forgey. “With your help [customer demand and increased awareness], we may be able to get into more Seattle area stores and create awareness for Northwest Salmon Research.”

It’s all about awareness. In addition to donating proceeds from the sale of Salish Sea Orca Lager to Northwest Salmon Research, Harmon Brewing hopes to draw attention to this new six-pack technology. Time will tell if the E6PR will enjoy wider acceptance across the industry.