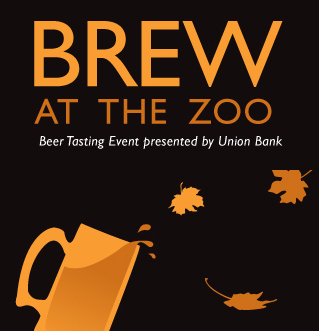 A couple of things to tell you about. Both provide you an opportunity to help Woodland Park Zoo and its conservation efforts. First, there is a beer tasting event happening this week at Woodland Park Zoo. The second annual Brew at the Zoo happens this Thursday, October 4. Second, Pelican Brewing Company has teamed up with Woodland Park Zoo to create a beer to benefit the endangered Oregon Silverspot Butterfly.

Brew at the Zoo

Join Woodland Park Zoo for the second annual Brew at the Zoo beer-tasting event on Thursday, October 4. Sample beers and ciders from over 25 different breweries. This event is for grownups only (21+). Your $25 admission includes six tasting tokens, live animal encounters, live music, and access to zoo exhibits. Food will be available for purchase. The event will sell out. Buy your tickets in advance.

Drink a beer, save a butterfly!

SEATTLE — Pelican Pub & Brewery, in conjunction with Woodland Park Zoo and other conservation partners, joined to craft the new Silverspot IPA that not only delivers a great taste, but supports an important conservation mission.

The Silverspot IPA was created by Pelican brew masters to celebrate the population augmentation of the threatened Oregon silverspot butterfly in its native grassland habitat. The silverspot was once abundant along the coasts of Washington, Oregon and California until determined threatened in 1980. The loss of habitat and early blue violets – a vital food source for the butterfly – had a detrimental impact on the silverspot population.

The Oregon Silverspot Captive Rearing Program is a collaborative habitat restoration and augmentation program helping to increase the silverspot population. Program partners, including Woodland Park Zoo, raise caterpillars in captivity until they become pupae and eventually emerge from the pupae as butterflies. They are then released into protected areas along the Oregon Coast in an ongoing effort to increase the population. One of the protected areas is Cascade Head, visible from the deck of Pelican Pub & Brewery.

“In August, Woodland Park Zoo released more than a thousand silverspot butterflies back into their natural habitat along the Oregon coast,” said Erin Sullivan, a collection manager at the zoo. “It’s a very important conservation initiative to us, and we’re thrilled Pelican joined us and our partners to help raise awareness and support for the silverspot population.”

Pelican brew masters selected the blend of Sterling, Fuggle and Meridian hops to deliver an herbal, floral, spicy and tangerine-like flavor for the 6% abv English-Style IPA. Silverspot IPA is the sixth addition to Pelican’s core lineup, making it available year round and distributed by the bottle throughout the Northwest.

“To us, this seemed like a natural partnership,” said Ken Henson, Pelican Pub & Brewery general manager. “We have been waiting for an opportunity to produce an English style IPA, which will be a little more accessible to the average beer drinker. We’re excited about the cross-promotional opportunity and for the public awareness of the Oregon silverspot.”

The new brew will be available in Seattle the first week of October at select PCC Natural Markets, Whole Foods and QFC locations for $4.99 per 22 oz. bottle. For a full list of retailers, visit www.zoo.org/silverspot. A portion of the proceeds from the sale of this beer will help fund conservation efforts for the Oregon silverspot butterfly.

Silverspot IPA will be flowing at the Pelican Pub & Brewery booth during Woodland Park Zoo’s Brew at the Zoo presented by Union Bank on Thursday, October 4, 5:30-8:30 p.m. Beer enthusiasts may sample the new herbal IPA while learning more about the ongoing initiatives of the Oregon Silverspot Captive Rearing Program.

The Oregon Silverspot Captive Rearing Program recently earned a Significant Achievement Award from the Association of Zoos & Aquariums, the accrediting organization for more than 200 zoos and aquariums in North America.

Craft Brewers Conference starts tomorrow - ONLINE!
Masks in bars and taprooms. What's all the hubbub about?
Washington Brewers Guild introduces new members of the Board of Directors