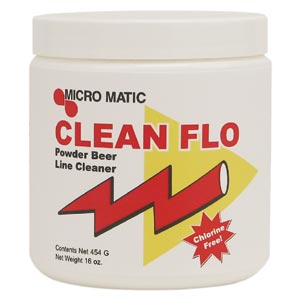 We all want our draft beer to taste brewery-fresh no matter where we drink it. Well, at least as close as reasonably possible. The breweries want their beer to taste good too. Duh. The breweries cannot afford an army of employees to be out there, all the time, tasting beer at every pub, so the beer drinking public plays a role in quality control.

Today I’d like to discuss the role that we as consumers can play in the craft beer quality control process.

It is one of my favorite bars in Seattle. Kind of. I want to keep it anonymous, so let’s agree to call it the Anything Tavern*. A true classic, this place is a dive in all the right directions, if you know what I mean. My first negative experience at the Anything Tavern came many years ago when I ordered a pint of one of my favorite beers. It tasted funny. It tasted spoiled, moldy and just plain foul. I politely sent the beer back and asked for something else, which turned out to be acceptable. It does not end there.

Being who I am, I picked up the phone and called the brewery owner. As a brewer, you cannot afford to have someone’s first experience with your beer be a negative one. A single sip of nastiness can cost you a customer for life. As I understand it, the brewery sent someone to the tavern the next day to taste the beer. After examining the situation and debating the issue with the owner, they removed the keg and decided to stop selling beer to the Anything Tavern.

I knew what that meant. Not good.

After hearing the outcome of that episode, it took me years before I finally went back to the Anything Tavern. This time, with a friend. We each had two pints. A couple hours later in the comfort of my own bathroom, I unceremoniously said goodbye to those two pints of beer. My drinking companion suffered the same symptoms. We shared no meals together. We had nothing but that beer, consumed from four different pint glasses, in common.

It is not something beer-drinking men enjoy talking about, but I was curious. I asked around and learned that my experience was not isolated. I wondered how anyone managed to drink beer at the Anything Tavern. They must develop a sort of immunity.

An Elephant in the Living Room

It is a rough subject. It is the 900-pound gorilla that nobody wants to talk about but we all know is there. I am talking about dirty beer lines.

I want to start by saying that most drinking establishments do a good job of keeping things clean. Most of them contract professional services that specialize in cleaning beer lines. This is especially true of our beloved, good beer bars, where the owners and managers (presumably) understand the seriousness of the issue. My God, let’s hope so.

Like I said, it is a tough subject. How do you ask a bar owner or manager about beer line sanitation without it sounding like an accusation?

I will say this. If you go to the Beveridge Place Pub (blog sponsor) and ask Gary or Rob how often they clean the beer lines, they will flat out tell you. No hesitation. Look you straight in the eyes and tell you. I’d expect Bob or Elliott at the Latona Pub (blog sponsor) to have a similar response.

In my opinion, any other response is questionable. Defensiveness is immediately suspect. Especially if we are talking about a place that promotes itself as a good beer bar. Either you are serious about beer or you are not. Of course, maybe the person you are asking honestly does not know. Someone should know. If I ever open the Crazy J Tavern, you can bet that all of my bartenders will know the answer to that question.

I am asking beer lovers who actually care to start asking that question. I am not asking you to go out and be a mindless Nazi about it. Phrase it however you like, but ONLY ASK if you think there is an issue. DO NOT ASK just because you want to sound like a smart and sophisticated beer drinker. DO NOT ASK just because you want to be a hatemonger sending negative energy towards the person serving you beer. Find some other way to be a dick; this is a serious matter. If you ever think there is an issue with the cleanliness of the beer lines, it is your duty as a beer lover to ask if the lines are cleaned regularly.

Some of you are not quite there yet. Your palate may not be able to tell. You’ll get there eventually, just keep drinking good beer. Like I said, don’t be a mindless Nazi about it.

In my opinion, bar owners should not be bothered or offended when someone asks. We all have the same goal here: we want good beer to be served properly. Like I said, I would educate my bartenders on how to respond to such a question without sounding defensive or bitter. But that’s just me. You should consider it no more offensive than someone asking why you don’t serve more Barleywine.

Craft brewers work their butts off to produce delicious beers with distinctive character. In many instances, the flavors are delicate and nuanced. Pouring good beer through dirty lines that impart unwelcome flavors on the beer is egregious.

As I understand it, getting physically ill from dirty beer lines—as I did at the Anything Tavern—is not common. You are more likely to get sick from pouring the beer into an infected glass or from something else at the bar. It is a public place, after all. The bigger issue is beer flavor.

Stuff grows in beer lines. Bacteria, yeast, mold, and beer stone will build up and quickly degrade the quality of draft beer.

Obviously, having proteins, yeast and mold in the beer lines can negatively influence beer flavor. Having bacteria in the beer lines can send you running for the toilet. Although you are not likely to get salmonella poisoning or the Hantavirus by drinking beer served through dirty lines, it is still nasty business.

MicroMatic is a worldwide company that offers a wide array of draft beer dispensing equipment and related services. Here is what MicroMatic has to say on the issue:

The enemies of draft beer may include the following:

• Yeast – May result from an extremely small amount left from the brewing process, or it may be wild yeast which floats in the air. It is usually found as a surface growth on components of a beer system that is exposed to the air such as faucets, keg couplers, and drains and can be recognized by its white or grey color.

• Mold – is usually introduced into a beer system through exposure to the air. It also is usually found as surface growth on components of a beer system that are exposed to air such as the faucets, keg couplers, and drains and is usually brown or black in color.

• Beer stone – The raw materials, grains and water, that are used in the brewing process contain calcium. Oxalic acids or salts are present in hops and may be created during the process of changing barley into malt. The combination of these ingredients and the fact that beer is dispensed at cold temperatures may result in Calcium Oxalate deposits known as beer stone.

Beer stone will build up and eventually flake off on the inside of the beer tubing if the system is not properly maintained. High amounts of beer stone may also have a negative effect on taste. These flakes are often grey or brown in color.

• Bacteria – Bacteria found in beer are not significantly hazard to human health; however, its effect is noticeable in the appearance, aroma, and taste of beer. The presence of bacteria results in an “off taste” and cloudy appearance that makes beer unappetizing. A beer that tastes sour, vinegar-like, or smells like rotten eggs may indicate a beer system is contaminated with beer spoiling bacteria.

* The Anything Tavern is a purely fictional character. Any resemblance to a real tavern, either living or dead, is purely coincidental. Kind of.