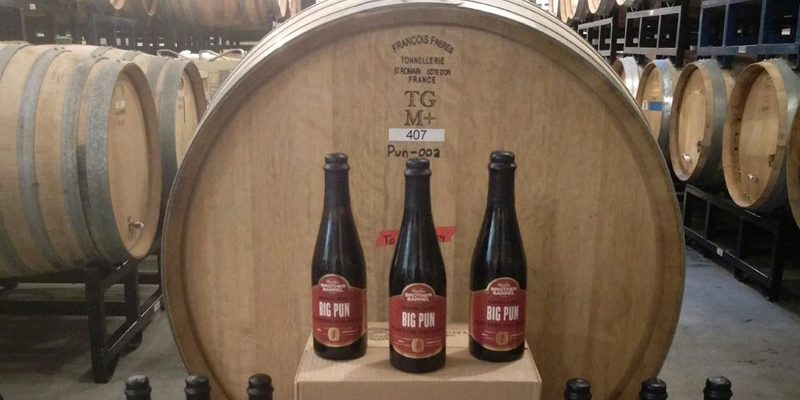 Elliott Bay Brewing has gained something of a reputation for its barrel-aging prowess. Big, strong, dark, robust beers and other types of goodness coming from barrels. Today the company is releasing its first-ever bottled sour beer. Here are the details from the source.

“This Thursday at Brother Barrel, we’re having our first-ever sour beer bottle release. Big Pun is our award-winning, Flanders-style Bruin. This beer was bottle conditioned in 500ml bottles for a year. Primary fermentation was done in used bourbon barrels, then the beer was racked into red wine puncheons for secondary aging. Bottles will be $17 plus tax. Big Pun will also be back on tap for the weekend and there will also be a special plate prepared by the talented Brother Barrel kitchen crew. There are only 100 bottles available, so supplies are extremely limited.”

Also, stay tuned for details about the upcoming 6th Annual Barrel-Aged Invitational at Elliott Bay – Saturday, November 9th. We will have details for you next week.