Sunday Oct. 26th was the last day of the week-long Great Pumpkin Beer Festival — an annual celebration of pumpkin-inspired beers organized and hosted by Elysian Brewing. The festival’s finale was at Elysian Fields in Seattle’s stadium district. We were there to snap a few photos and add to last week’s report. Click here to read the original report and learn more about the Great Pumpkin Beer Festival in general. 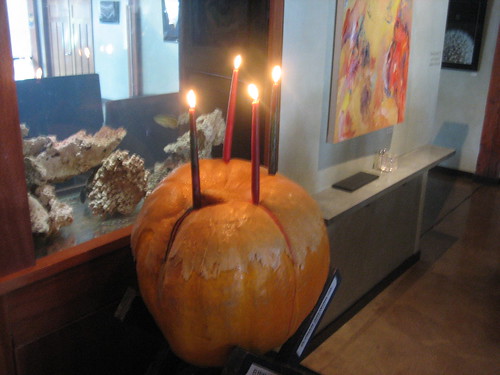 Elysian Fields is a large brew pub. On this sunny Sunday afternoon, it was packed with people sampling pumpkin beers. It was more civilized than the previous week, which is to say that this was an indoor event. No tent in the parking lot. We didn’t stick around for the tapping of the great pumpkin, but we were there when it arrived.

Curious minds might be wondering. They cut off the top of the pumpkin–like you do when you carve a pumpkin–then they clean out the inside, scortch it and fill it with beer. As you can see in the photo above, wax is used to seal it back up. Once the final conditioning is complete, the pumpkin is tapped, near the bottom, using a cordless drill. Gravity does the rest and sampler cups are poured as quickly as the beer spouts out. 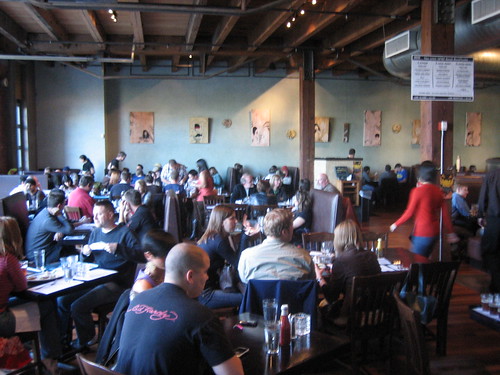 Cheers to the folks at Elysian for putting on another great event.