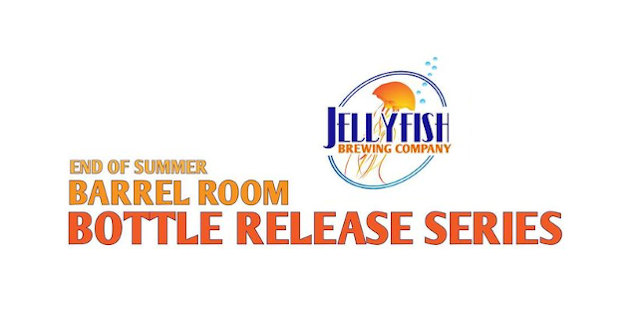 Jellyfish Brewing Company recently decided it was time to share a secret with local beer lovers. It’s not widely known that they have a barrel-aged beer program. They’re pretty proud of it. The brewery is releasing some very special bottled beers at the taproom over the coming weeks.

“We’ve had a sneaky good barrel program going at Jellyfish Brewing Company for a few years. Now it’s time to share some of our favorites with you! Our End of Summer Barrel Room Bottle Release Series is our opportunity to showcase some of the mixed-culture, barrel-fermented, barrel-aged and bottle-conditioned beers that we’re so proud of.”

The release events take place over the course of the next four Fridays, beginning August 28th. Beers will be released when the taproom opens at noon each day. Supplies are limited, so do not hesitate.