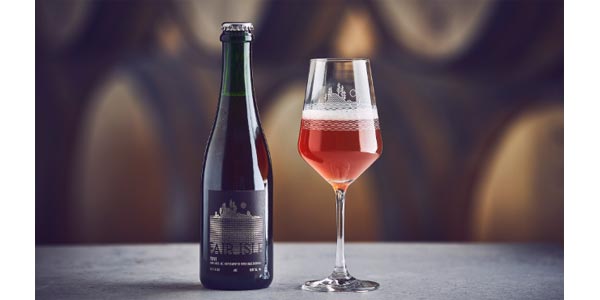 Fair Isle Brewing of Seattle just introduced the first beer in a series of oak-aged, fruited farmhouse ales. This one is called Tove and it was fermented on blackberries. It is available to go at the brewery’s taproom in Ballard. Order it in advance online here for pick up at the taproom (walk-ins welcome too).

Here is the release announcement from Fair Isle Brewing:

Tove is the first beer to be released in our series of fruited farmhouse ales.  Our approach is one of simplicity and restraint. Tove is a beer that both expresses what we love about the fruit, but with a transparency that allows the nuance character of the base beer to shine through, all while balancing acidity and bacterial funk.

Made from our base farmhouse ale brewed in May of 2019 with Skagit Valley Malts and Yakima Chief Hops, Tove was then transferred in August 2019 to a single oak puncheon (the large barrels you see stacked in our tasting room) and refermented the ale with blackberries from Hima Nursery and Farms in Snohomish, Washington. Tove made a brief appearance on draft for our soft opening, but has since spent five months conditioning.

Dry with a hint of fruit sweetness, Tove has unmistakable blackberry notes evocative of the hard candy your grandmother would have eaten.