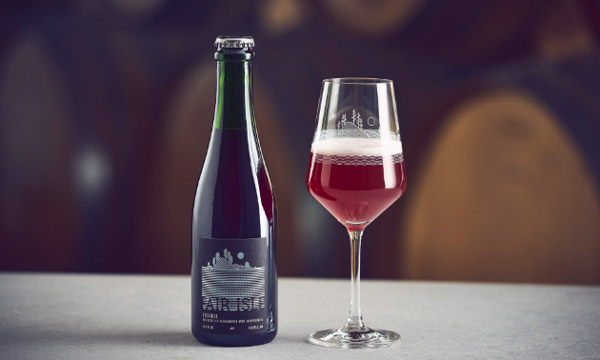 Maybe that makes you feel smarter, maybe it makes me sound dumber.

This new beer from Fair Isle Brewing in Seattle was fermented on elderberries. It’s available right now. Here is the release announcement from the brewery.

“Lady Ellhorn, give me of thy wood
And I will give thee of mine
When I become a tree.”

Eleanor is our second beer to be released in our series of fruited farmhouse ales.  While Tove had a restrained tartness, Eleanor’s firm acidity compliments the prominent fruit notes. The result is a dry farmhouse ale with notes of pomegranate, cherries and raspberries followed by spices of cinnamon and clove and finishes with earthy undertones.

Our friend and ethnobotanist, Alex Harwell, harvested the elderberries from the Cascades last summer and through the help of friends gathering at Fair Isle, we hand processed the berries and added them to a single puncheon. Made from our base farmhouse ale brewed in May of 2019 with Skagit Valley Malts and Yakima Chief Hops, Eleanor was then transferred in August 2019 to oak and refermented with the Elderberries for five months before packaging.

Available now at Fair Isle Brewing. Order it online and pick it up. Order it for delivery. Just stop by and get some. http://www.fairislebrewing.com