If you’ve lived around Seattle for as long as I have, you understand the concept of not letting the rain stop you. If you do, you’ll never do anything. With that in mind, Figurehead Brewing presents its first-ever SAD Outdoor Winter Beer Festival, a showcase of strong and dark (SAD) beers. In addition to Figurehead Brewing’s own beers, the event also features beers from some nearby, neighborhood breweries: Urban Family Brewing, Rooftop  Brewing, and Dirty Couch Brewing.

Here’s the info straight from the brewery:

On February 1st, committed craft beer connoisseurs will be standing out in the rain drinking some of Seattle’s finest strong and dark beers. Come join for Figurehead’s 1st annual Strong and Dark (SAD) Outdoor Winter Beer Fest. “The inspiration for this event came from the Michigan Brewer’s Guild Winter Beer Festival, which takes place outdoors in the middle of the winter. I wanted to prove that Seattle would also brave the winter elements for good craft beer,” says head brewer/owner Bob Monroe.

If you’re not that hard core, or new to the PNW, there will also be limited covered space with a fire pit, free hot cider and tea. According to bartender Jenny, “My dad always says ‘there’s no such thing as bad weather, only bad clothing.'” So layer up, rain or shine.

Live bands will play throughout the event and the strong and dark beers on offer will help keep you warm, including brews from Figurehead, Urban Family, Rooftop and Dirty Couch. For event details, a full list of beers, and to purchase tickets, please visit:
https://www.eventbrite.com/e/sad-winter-beer-fest-tickets-88154756249

Join us for our first annual outdoor SAD (Strong And Dark) Winter Beer Fest! Rain doesn’t slow us down in Seattle, so we figured why not have an outdoor beer festival in February! We’ll be pouring a couple of our strong and/or dark beers, alongside a few from some of our fellow Seattle brewery friends.

Swine and Steel will be in front from 3pm to 8pm serving up some amazing bbq! We’ll also have live music in the beergarden; stay tuned for additional details!

Here’s the beer lineup so far:

Figurehead Brewing
– First Leg Barleywine – 2018 WA Beer Awards Gold Medal. This classic English Barleywine was brewed for our first anniversary in 2017 and continues to evolve with extended cellaring.
– Tripel Digits – For our 100th batch we brewed a classic Abbey-style tripel. Light in color with a bready maltiness, medium bitterness, and classic Belgian esters and phenolics. This is the first public release of this beer!
– St. Charlie – Dark amber imperial doppelbock, lagered for almost a year. Tons of complex malt notes of fig, raisen, and caramel.

Urban Family Brewing
– Sacred Arrow – Our SIP NW Magazine Double Gold medal winning raspberry imperial sour ale. Loaded with 35lbs. per barrel of raspberry, on a 8% golden sour ale base, because we can.

Rooftop Brewing
– 2019 Barrel Aged Hoppin’ Honey Braggot – Braggot is an ancient style of beer, where up to one-third of the fermentable sugars come from honey. We aged the beer in Rye Whiskey barrels from Stein Distilling in Joseph, OR. The spicy notes from the Rye and the caramel-vanilla notes from the barrel blend perfectly with the honey-sweetened finish of the braggot.

This event is rain or shine so bring your rain gear (limited covered outdoor space available for those new to the PNW)! 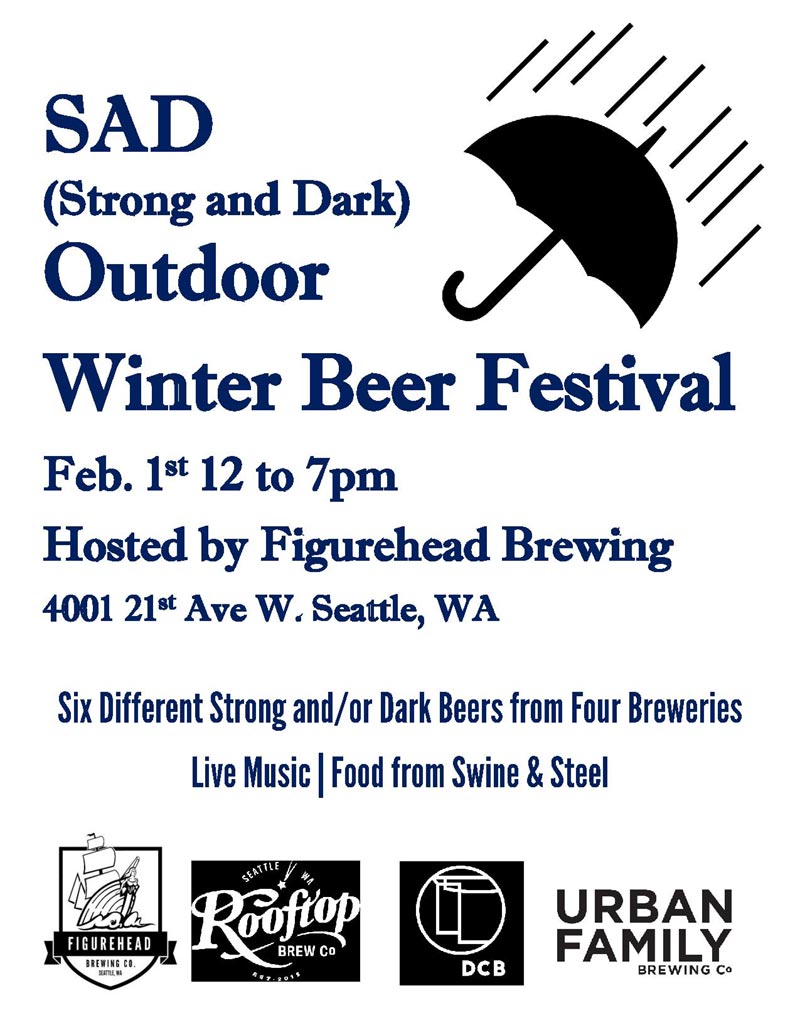 Local breweries team up with local growers - beers & bouquets for Mother's Day
Brewery taprooms that are now open
Get your hands on some cans of Bale Breaker Bubba's Brew, support ALS research