In 2003, Washington Wine & Beverage Company (WWBC) sold Fish Brewing its Spire Mountain Cider Brand for a minority stake in the company. An opportunity for WWBC to increase their interest in the Olympia-based company arose recently when one of Fish Brewery’s major shareholders expressed a desire to liquidate shares. 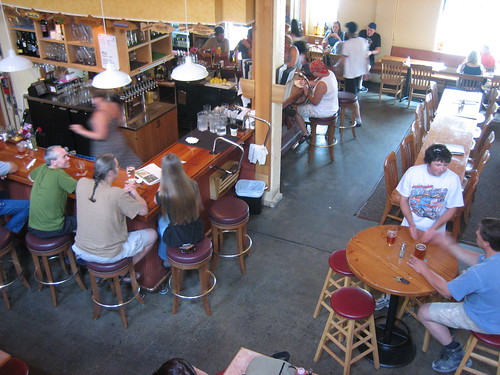 “For the past few years, we have been concentrating on building our manufacturing capacity,” said Fish Brewery President, Martin Bills. “We are now poised to significantly produce more beer for our consumers. The increased participation by WWBC will give us the added manpower needed to increase our market reach.”

The two companies intend to combine their sales and marketing forces to market their products. Both Fish and WWBC will distribute their products through the Odom-Southern Wine & Spirits network of distributors. “By joining our sales force, we are now in a position to expand our distribution nationwide while maintaining a close working relationship with our distributors and customers in the Northwest,” said Sal Leone, Washington Wine & Beverage President.

“The investment in Fish will also take us one step closer towards the completion of our planned Northwest Wine & Culinary Village in Woodinville as we intend to locate a Fish Brew/Distillery pub in the village,” said Leone. “The addition of a pub that is both a beer and distilled spirits producer will greatly enhance the attraction of the village.”

The Northwest Wine Village has been a planned project for Washington Wine & Beverage Company for some time now but the company hopes to begin the construction process soon. The wine village sounds nice. A Fish Brewing brewpub in Woodinville sounds even better. Given the current state of the economy, we’ll have to wait and see how long it will take for the project to come to fruition.