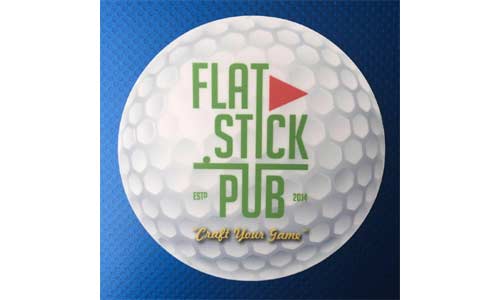 Flatstick Pub will open a new location later this year in downtown Tacoma. The 12,000 square-foot pub will be the largest of the company’s four locations. This according to a report from Tacoma Untapped. The other three locations are in Kirkland, Pioneer Square (Seattle) and South Lake Union (Seattle).

Like the other Flatstick Pubs, the Tacoma pub will offer the company’s signature and proprietary golf-themed games: mini-golf, Duffleboard™, Cup Hunter and ‘stick putt! Along with that, a menu featuring nothing but Washington-brewed beers from independent breweries. As they did at the South Lake Union location, they will partner with Ethan Stowell Restaurants to put together a food menu.

According to the report, Founder and CEO Sam Largent has search for a Tacoma location for years and is excited to bring the Flatstick concept to the South Sound. “We have felt that Tacoma was a good fit for a Flatstick for quite a while,” he told Tacoma Untapped. “I’ve been looking for a space for us down there for over two years.”

The building, located at 809 Pacific Avenue, formerly the home of Learning Sprout Toys, was designed by local architect Silas E. Nelsen and built in 1927. Over the decades it has been home to several different businesses.

“Everything finally came together on this site and we couldn’t be more thrilled to get going,” Largent said in the Tacoma Untapped report. “I love the character of this old building and of the neighborhood in general. We are excited to be working with our new landlord on restoring the building to its original look and utilizing the second floor for a lot of our games.”

While beer drinkers are familiar with the nearby breweries, like Odd Otter Brewing and Pacific Brewing and Malting, Flatstick Pub is just one more addition to the growing nightlife scene on Pacific Avenue. Other nearby establishments include Matador Restaurant, The Office on Pacific, The Forum-Tacoma, Meconi’s Pub and Eatery, and Dorky’s Arcade. Just a block up the hill, McMenamins is scheduled to open their newest location, McMenamins’ Elks Temple, this spring.