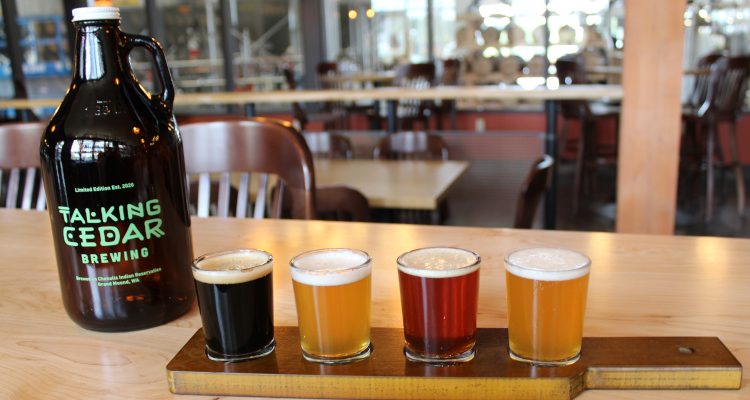 Allow me to use this opportunity to introduce Talking Cedar Brewing, one of Washington’s newest breweries. Located in Grand Mound, WA just south of Olympia, Talking Cedar is more than just a brewery: it is a destination with a brewery, distillery, restaurant, taproom, and tasting room. The beers are made by Talking Cedar Brewing and the spirits are created by Heritage Distillery. 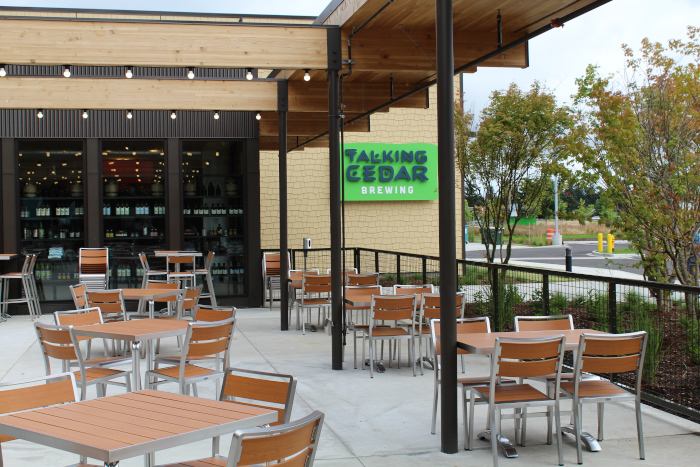 Talking Cedar is a project of Chehalis Tribal Enterprises and opened for service at the end of June. This is no small venture. The facility covers 35,000 square feet. The brewery consists of a 60-barrel brewhouse and six 120-barrel fermenters. 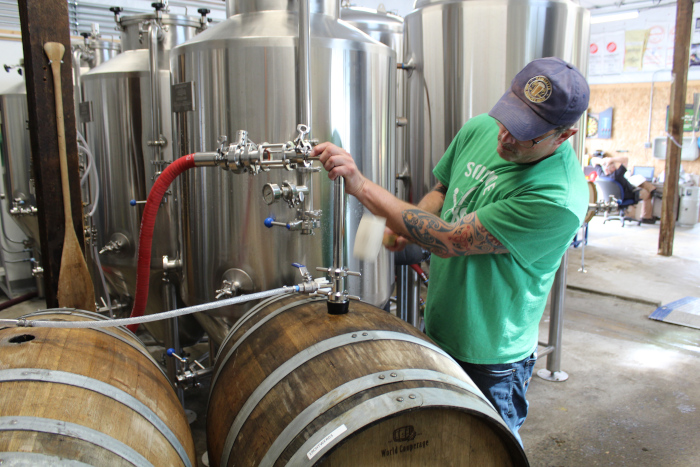 The location is just off Interstate 5 at exit 88 in Grand Mound, though the actual address shows Rochester as the town (19770 Sargent Rd SW, Rochester, WA 98579). I hope to tell you more about Talking Cedar Brewing in the near future. In the meantime, I want to share some information about the flight program they just launched as a means of introducing patrons to the full range of their beers. Here’s an announcement from Talking Cedar.

Flights are Taking Off at Talking Cedar Brewery

Grand Mound, WA: Starting Monday, August 24, guests at Talking Cedar can enjoy four four-ounce pours of any Talking Cedar beer on tap for the same price as a pint!

The new flights at Talking Cedar are the perfect choice for anyone who has been wanting to try a variety of Talking Cedar’s 11 offerings. For just $6, you can hand select the brews you’d like to sample. You can even opt for a pour of Whitewood Cider’s Red Cap.

Brewery General Manager Jason Summers and the pub’s team of bartenders overheard numerous patrons talking about wanting to try as many beers as possible and then ordering multiple pints. Sure, that’s not the worst thing in the world, and of course the bartenders will pour you a splash to sample, but beer lovers often like to have a few more sips than that to get to know a beer.

“We want everyone to be able to try everything without committing to a pint,” says Jason. He’s been excited to get the flight program off the ground. The hardwood paddles and four-ounce glasses are ready and waiting behind both bars at Talking Cedar.

There’s no beer off the table, either. Are you an IPA lover? Make sure you have a driver and line up an IPA road trip with the heavy-hitting Double Juicy IPA, Double IPA, PNW IPA, and Juicy IPA. Feeling adventurous? You might choose the Saison, the Wit, the Kolsch and the English IPA. Have a taste for the classics? Pick the Porter, the Amber, the Galaxy IPA and a pour of the beer drinker’s cider, Whitewood Red Cap. Seasonal and experimental beers will always be an option to choose when they’re available.

Mix and match however your beer-loving heart desires! Three flights will let you try all 12 varieties on tap at Talking Cedar, so grab a friend or two and come on down to our pub.