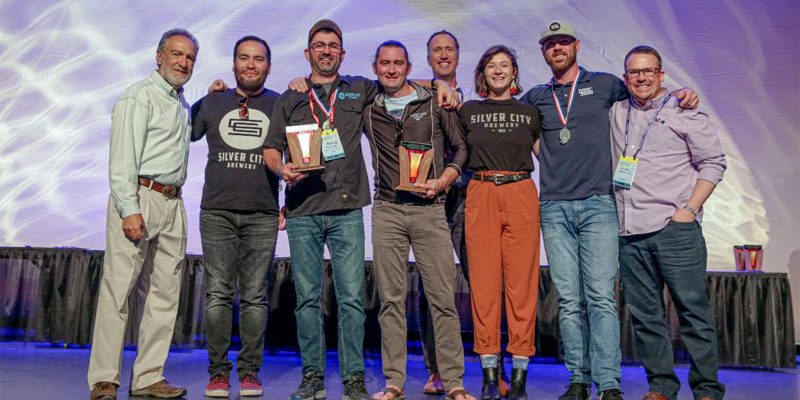 (Pictured above: the crew from Silver City Brewery accepts their award for Mid-Sized Brewery/Brewer of the Year.)

I cannot keep track of how many breweries there are in America these days. I think it’s around 7,500, but it’s Thursday so maybe another couple hundred have opened since the last time I checked. It boggles the mind.

The 33rd edition of the Great American Beer Festival, the nation’s most prestigious beer judging competition, saw judges evaluate 9,497 entries from 2,295 breweries. Again, it boggles the mind. Think about the coordination and manpower it takes to pull that off. Though it is a mammoth task, everyone involved takes it very seriously and the awards are not distributed capriciously. This is serious business. The 2019 GABF concluded last week and the awards were handed out last Saturday.

As I said, a lot we do not know. But what we do know is that Washington’s breweries—the ones that submitted beers—brought home 14 medals. One of our breweries received an additional award.

Because people will want to know, Oregon’s breweries brought home 15 medals. Looking at the bigger picture, it’s probably not a surprise that Colorado breweries won 40 medals. Did I mention that the event takes place in Denver? California has twice as many breweries as any other state in the nation, so it’s not surprising they won 68 medals. No doubt, Colorado and California have a lot of great breweries so I mean no disrespect when I point out those facts.

All of the Washington winners deserve acknowledgment. It’s no easy task to win a GABF medal these days. (See our previous post for all winners). That said, I do want to point out a few highlights. Here are some really, really impressive things that Washington breweries accomplished this year at the GABF.

Home of the Hops 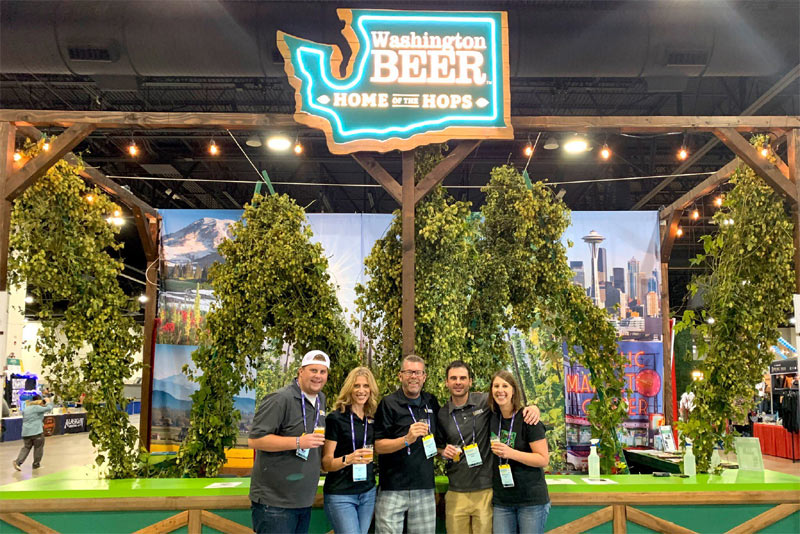 As I reported earlier, Washington’s brewers brought home 14 medals this year. Odin Brewing, Cloudburst Brewing, and Silver City Brewing each brought home two medals. Bringing home a medal in a competition involving nearly 9,500 beers is impressive. Bringing home two or more is really, really impressive and, to be quite honest, a feat of great statistical improbability (Cloudburst, I expect you to release Statistical Imrobabiliity IPA soon). But good beer always finds a way, so cheers to those breweries for bringing home multiple medals!

Another notable feat for our local brewers, Washington brought home the gold and silver in the Export Stout category, winning two of the three medals in that category. Wander Brewing’s Correspondent Stout got the gold and Odin Brewing’s Thor’s Shadow got the silver. That’s pretty cool.

Silver City Brewing not only won two medals, but it also received special recognition this year when it was named Mid-Sized Brewery/Brewer of the Year. Exactly how that honor is awarded, I am not sure. Something to do with the number of medals won and, I assume, some other factors. It doesn’t matter, there are a lot of “mid-sized breweries” in America these days and this is a very noteworthy accomplishment for Silver City.

Over the years, dating back to 2002, Silver City Brewery has won 16 medals at the Great American Beer Festival. This year’s honor is just another, perhaps a bigger, feather in their cap.

“We are all very honored and proud of this achievement,” said Silver City’s founder and owner Scott Houmes. “Our staff continues to strive for quality and consistency on a day in, day out basis. It is wonderful for them to be recognized for their hard work. It is amazing to be graced with this award with so many phenomenal craft breweries across the United States. We are very fortunate.”

Since the very beginning 23 years ago, Don Spencer (aka Big Daddy) has served as the brewmaster at Silver City. Over the years he’s received a lot of medals from the GABF and other notable competitions.  “We have a phenomenal team of brewers, cellar people, packaging specialists, and sales staff,” he says. “All down the line, it’s incredibly satisfying to see our team’s talents and hard work recognized on the national stage.”