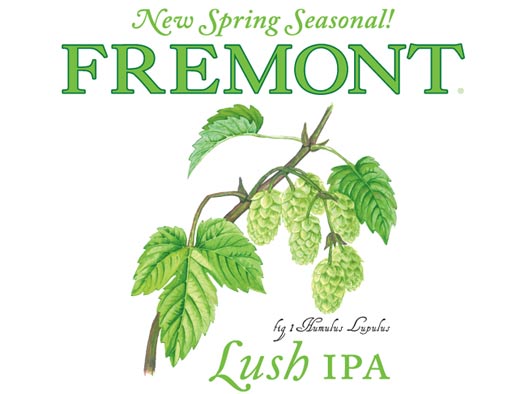 Why wait for Groundhogs Day. We all know spring is right around the corner when spring seasonal beers start to blossom. At least I like to think so. On January 2nd, Fremont Brewing introduces its new spring seasonal beer, Lush IPA. It’s actually a replacement for 77 Select, which the brewery previously offered as a gift to mark the promise of spring.

Fremont Brewing is hosting a release party at the Urban Beer Garden on Monday, January 2nd, where they will offer a few different versions of the beer: a straight-up draft, a Citra-infusion, a Mosaic-infusion, and a cask version. Then on January 11th, a handful of simultaneous release events from Portland to Bellingham, Tacoma to Spokane. Exact locations listed below. Thereafter, regular distribution.

According to the brewery, the beer is made with a blend of Northwest malts and juicy, tropical hops that envoke thoughts of the warmth and promise of the coming spring. Lush features Citra hops and a spring dusting of Mosaic hops for a clean, lush aroma. Lush IPA tastes the way spring feels. More details about the launch event and Lush IPA can be found here.

“Lush is the beer we want to drink after the holidays, bright and tropical, but still strong enough to see us through the ski or snowboard season that lays ahead,” said Matt Lincecum, CEO of Fremont Brewing. “We’ve worked on this recipe for several years and offer our thanks to the folks in Bellingham and Oregon for the feedback on this beer during our research and development to bring Lush to life.”

Following the January 2nd launch at Fremont Brewing, there will be simultaneous release events on “Lush IPA Day,” January 11, 2017 at several accounts including: 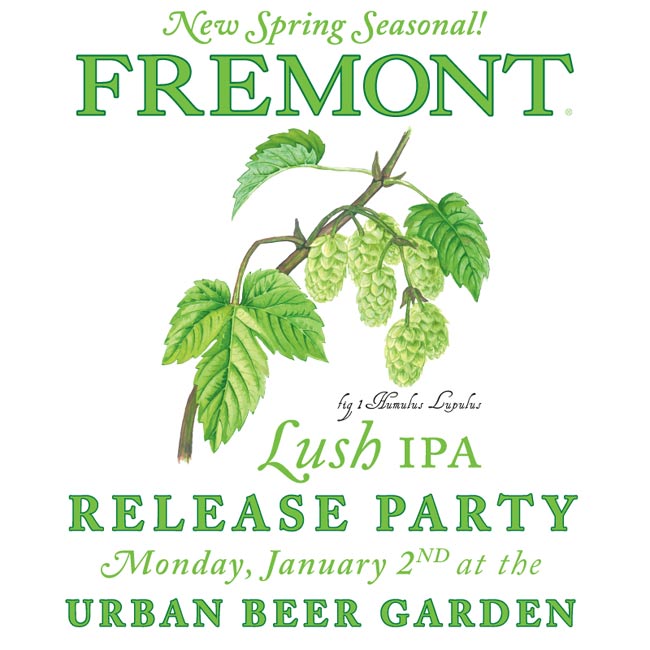