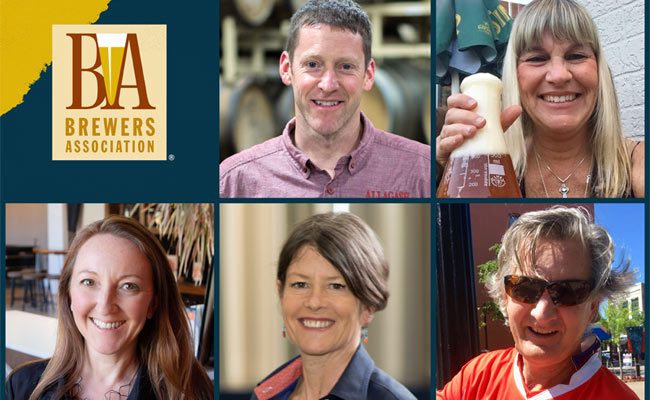 The Brewers Association just announced five new members of its Board of Directors. The list includes one local brewery representative, Sara Nelson of Seattle’s Fremont Brewing. She will serve a three-year term, starting in February of 2020, as a packaging breweries representative. (Sara is in the image above – center bottom).

According to Fremont Brewing’s Facebook page, “It’ll be great for Washington state to have one of ours on the Board and we know how hard she’ll fight for the interests of all independent craft brewers!”

All month and beyond, Gig Harbor Brewing celebrates its 4th anniversary
Follow Up - more info about the Ballast Point Brewing deal and Kings & Convicts
Beer Release - Bramble On, a unique sour red from Elliott Bay Brewing