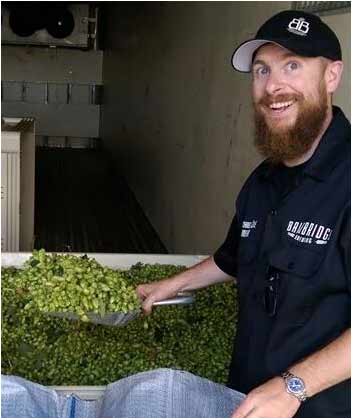 Below, a list of upcoming events happening around Seattle where you can enjoy a selection of fresh hop beers, including the city’s first full-blown beer festival dedicated to fresh hop beers: Fresh Hops Festival at Hale’s Paladium on October 8th and 9th. We will be giving away some tickets as the event nears. Also, there are some other fresh hop events away from the city that I also list below. (Pictured above: fresh hop brew day at Bainbridge Brewing.)

I will update this list as I learn about more events. Know of something I don’t? email me.

Beer Junction Fresh Hop Fest – Saturday, October 1st thru Sunday, October 9th. A nine-day celebration of all things fresh hopped! Rotating taps featuring IPAs, Pale Ales, Cider, and more. They’ll celebrate this grand time of the year by putting on tap loads of fresh hop beers for 9 days  Grab a pint, a sampler tray, or a growler of your favorite!

The Independent’s Fresh Hop Invitational – The Independent is a new beer bar in downtown Everett and they are throwing their first-ever Fresh Hop Invitational on Tuesday, October 4th. Hosting 15 breweries, they’ll judge the entries and choose the top three finalists. Patrons will help determine who finishes 1st, 2nd, and 3rd. They’ve even made very officials medals to award.

Yakima Fresh Hop Ale Festival – Saturday, October 1st. Not exactly around Seattle, but this is the granddaddy of them all. Tickets may be sold out already. Hotels and motels are likely getting hard to find. I’ve talked about this festival ad nauseum. It’s one of my favorites ever. For the brewers, it’s an invitation only event. Hob-knob with the hop farmers. Drink it at the source, where 75 percent of America’s hops are grown. 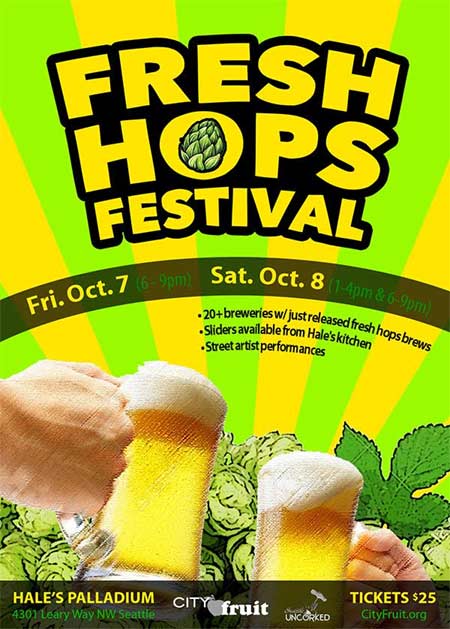