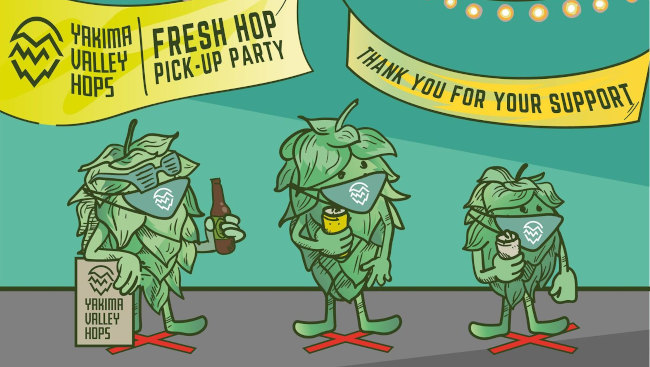 Those who have attended the annual Yakima Fresh Hop Ale Festival know that it’s more than a world-class beer event featuring some of the very freshest, very best fresh hop beers on the planet. The air is thick with a sense of community and a sense of celebration that few beer festivals enjoy. Remember that the Yakima Valley produces 75 percent of the nation’s hop crop every year and is the world’s top hop-producing region.

While beer lovers rejoice at the thought of the annual hop harvest because of what it means for the beers we love to drink, in Yakima hop harvest carries an even greater significance. Around Yakima, hops are a serious business, a major part of the local economy. Producing hops is a way of life and is something that many families have carried across many generations, from the farm owners to the field workers, from the bankers who finance the industry to the hop brokers who sell and distribute hops to breweries around the world. That’s why the Yakima Fresh Hop Ale Festival is such a grand celebration.

So, as sad as it makes some of us non-local festivalgoers, the cancellation of the 2020 Fresh Hop Ale Festival was felt tenfold by the locals. The Fresh Hop Party Can Pick Up is little consolation and doesn’t really make up for the loss, but it’s something. Actually, it’s something pretty cool, especially for those who live in the Yakima area and can easily partake.

Here’s how it works. You order a box of fresh hop beer online at freshhopparty.com. Each box contains eight different locally brewed fresh hop beers ($30 per box, $50 for two). You pick up your order n Yakima, at Yakima Valley Hops, on October 20th thru 23rd. Then, enjoy the selection of beer and imagine you’re at the festival.

The breweries involved are all from the Yakima Valley and surrounding areas. In the box, you’ll find fresh hop beers from 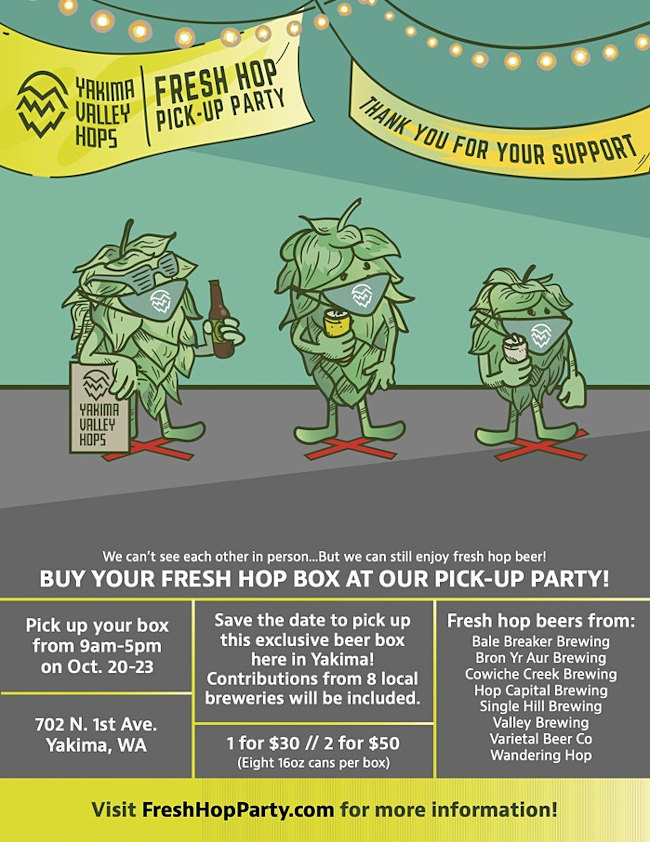