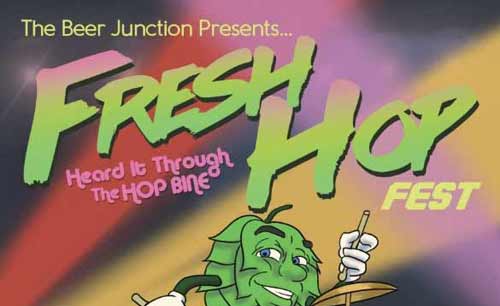 Blessed are these beautiful autumn days when the sun shines, the skies are blue, the air is crisp and the hops are fresh. We are now in the throws of fresh hop beer season.

It seems that darn near every brewery is releasing, or has already released, at least one fresh hop beer. Be thankful for this fact and know that it hasn’t always been that way. The fresh hop craze is a relatively recent development in the world of beer.

In addition to what I mention below, a lot of better beer bars are focusing on fresh hop beers right now. Latona Pub, Fiddler’s Inn, Hopvine Pub, Chuck’s Hop Shop, and Watershed Pub and Kitchen, for example. Keep an eye on the taplists at your favorite pubs .

Here are some upcoming events where you can sample lots of freshies in the coming days and weeks. If you know about something not mentioned here, please leave a comment and tell us about it. I am certain there are more.

Beer Junction, Seattle – Saturday, September 30th – They will dedicated more than 25 of its taps to fresh hop beers. https://www.thebeerjunction.com/

Yakima Fresh Hop Festival – Saturday, September 30th – There may still be tickets left for this one, but good luck getting a hotel room. Uber popular, tons of fun, and lots of beer. This is the granddaddy of all fresh hop festivals. https://www.freshhopalefestival.com

Hood River Hop Fest – Saturday, October 7th – THE DATE HAS BEEN CHANGED, The change is due to the ongoing closure of I-84 and firefighting activity around the Eagle Creek fire. You may still see lots of stuff saying the event is on September 30th, but the date has now been changed to October 7th. Big beer fest on the streets of Hood River, with tons of fresh hop beers, many from Oregon breweries. Beers that don’t make it north of the Columbia. http://hoodriver.org/hops-fest/

Hops of Love, Brewmaster’s Taproom in Renton – Sunday, October 15th – A smaller event, but a good one. And it all benefits a really good cause. Find out more about the event on the Facebook Event Page. 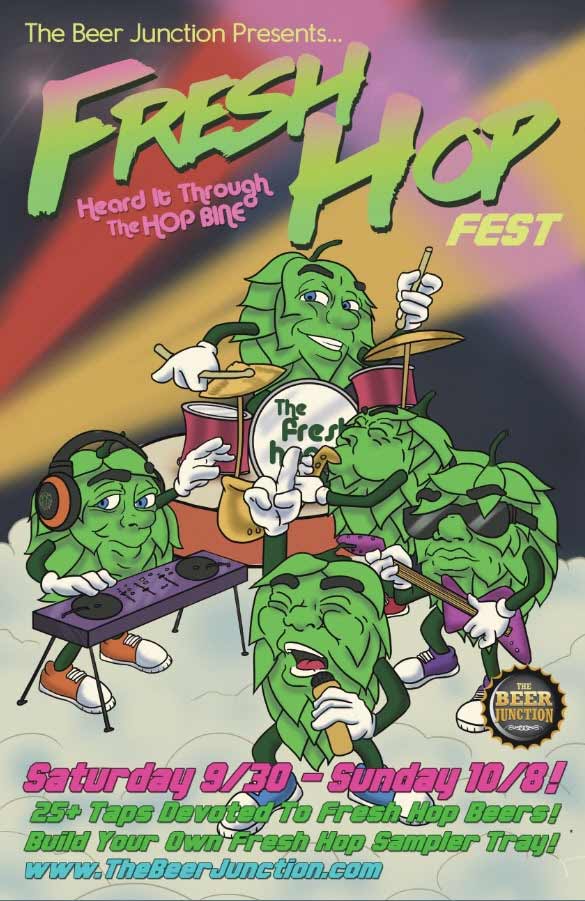