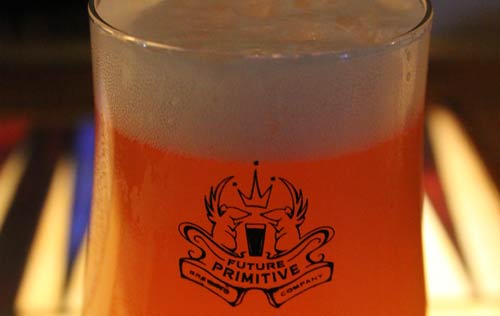 I don’t think it’s a stretch to say that this is the most highly anticipated brewery opening around here in a long time. In fact, some of us are positively giddy! Future Primitive Brewing is now open in White Center.

Some of the faces and names behind Future Primitive Brewing may also seem familiar to local beer aficionados. The ownership group includes some well-know folks from the Seattle beer scene: Mike Baker, Dean Hudgins, Ian Roberts, Kevin Watson and Larry Soloman. The team brings a lot of experience and know-how to the table. For instance, Hudgins and Roberts own The Pine Box in Seattle’s Capitol Hill neighborhood, Watson brewed for several years alongside Dick Cantwell at Elysian Brewing, and Baker works with Artisanal Imports, a local company that imports some damn fine beers from around the world. And that’s really just scratching the surface of the 70+ years of industry experience the team brings to Future Primitive Brewing.

Along with a brewery, and an all-ages taproom and beer garden, Future Primitive Brewing will eventually offer food from its own food truck, which is parked next to the beer garden. They’re still waiting on permits and are looking to hire a chef. The chef will help determine the direction they’ll go with the cuisine.

As far as beer styles go, expect a wide range of choices. They have a dozen taps and a 20-barrel brewing system for Kevin Watson to flex his creativity and skill. Also, his partners have plenty of inut when it comes to designing beers. Future Primitive Brewing plans to serve very popular style like IPA and Pilsner, as well as more adventurous styles like Saison and Imperial Stout.

For the opening, they’re pouring a Table Beer, a Pale Ale, two different IPAs, an Oatmeal Stout, and a Belgian-Style Blonde. They’re all outstanding. The Green River IPA is a total throwback and probably my favorite of the lot, with hop-driven pine flavors and a perfect amount of bitterness. The Oatmeal Stout is smooth, chocolaty, thick and deliciously rich. The Pale Ale is a real Pale Ale and in some ways reminiscent of Sierra Nevada Pale Ale.

For one of the owners, Future Primitive Brewing represents something of a homecoming. Kevin Watson is a native of White Center, which pairs nicely with his experience working as the lead innovations brewer at Elysian Brewing. 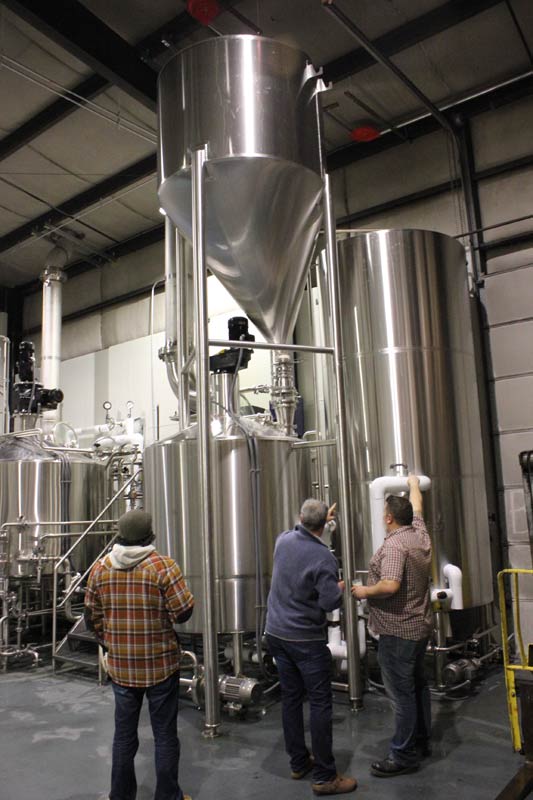 When Big Al Brewing closed in January, 2017 it left a hole in the heart of White Center. So many local residents mourned the loss of what they thought of as “their brewery.” Big Al Brewing has been sorely missed and that is just one of the many reasons Future Primitive Brewing is such a welcome addition to the neighborhood. 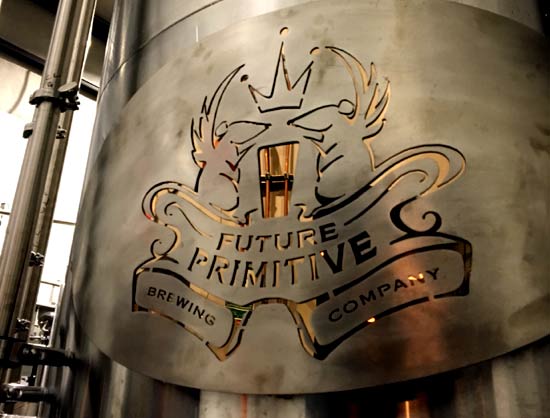 Last summer in an article for Seattle magazine, when speaking of White Center, I wrote, “If a long-troubled business district is going to realize the promise of gentrification, establishing a good, upscale beer joint, especially one that welcomes kids as well as their thirsty parents, is a good start.”

A topnotch brewery is more than a start, it’s a requirement. At the very least, it’s a sign of good things to come.