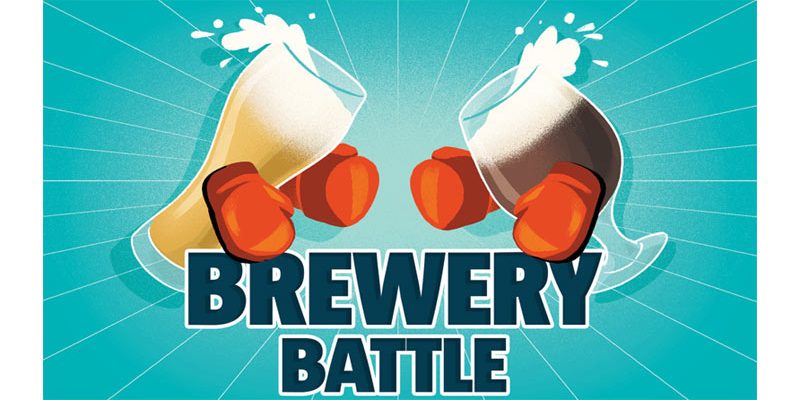 The Seattle Times just announced the winner of its Brewery Battle, a head-to-head competition that pitted local breweries against each other in, basically, a readers poll.

Perhaps the best thing about this Brewery Battle, it was conducted by The Seattle Times and not the Washington Beer Blog. That way you can blame them and not me when you see that your favorite brewery did not win the battle. Of course, you really cannot fault The Times. They conducted a fare-n-square tournament.

The staff at The Seattle Times started out by asking people to submit the names of breweries that deserved to be in the competition. Based on a couple thousand nominations, they built a tournament-style bracket pitting the breweries against each other. People voted in each matchup. The field was narrowed from 32 to 16, from 16 to 8, and so on until Georgetown Brewing stood toe-to-toe with Reuben’s Brews in the final matchup.

And the winner is…

The folks at Georgetown Brewing are pretty humble and it is pretty damned hard to get them to toot their own horn, so I’ll do it for them. I could go on and on talking about the impressive medals they’ve won at some of the most prestigious beer competitions in the nation. I could rattle off all sorts of other accolades. Hell, they’ve won some darned impressive awards in the past couple weeks, but what impresses me the most is Georgetown Brewing’s commitment to philanthropy. Like many, many other local breweries, they rarely back down from an opportunity to support their community.

I mean no disrespect to any of the other community-focused breweries around here, but what Georgetown Brewing has done to support Ronald McDonald House with its annual Bob’s Brown Beer program is absolutely amazing. They don’t like to talk about numbers when they talk about Bob’s Brown Beer because that’s not the point and they don’t want their efforts to seem like some sort of publicity stunt. I respect that, but I’m just going to mention quietly that by now the amount they’ve donated to Ronald McDonald House must be on the north side of seven digits.

So congratulations, Georgetown Brewing. You deserve it. Your beers are awesome and so are your people. You support your fellow brewers, you support your community, and you never fail to fix my IPA jones. Thank you.

Read more about The Brewery Battle on The Seattle Times website.