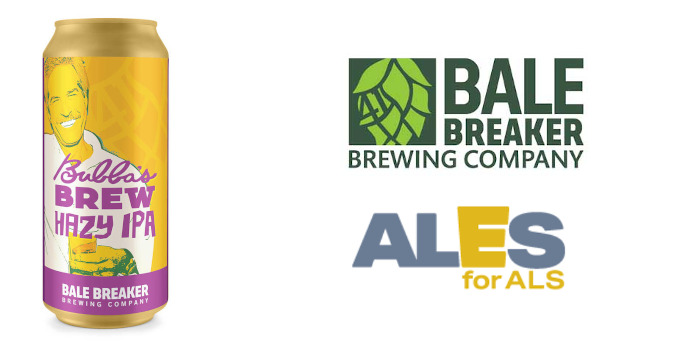 The Ales for ALS program has raised $2.5 million for ALS research since its founding in 2013. It’s a team effort spearheaded by Bale Breaker Brewing, Loftus Ranches, and Yakima Chief Hops. Hundreds of breweries across the nation participate by making beer with the special blend of hops—the Ales for ALS hop blend. (We share more info about the blend below.)

Last Saturday, June 27th, Bale Breaker Brewing released its Ales for ALS beer, Bubba’s Brew. Normally, the brewery hosts a big party to celebrate the annual release and raise money for ALS research. This year, that wasn’t possible so they did something they’d never done before packaging Bubba’s Brew in cans. This limited-release hazy IPA, brewed with the Ales for ALS hop blend, is available at the brewery for those who can make to the brewery for the weekly Saturday drive-thru beer pickup. Otherwise, you can get it via online ordering and have it shipped directly to your door (Washington addresses only).

This one hits close to home for the Smith family, the owners of Bale Breaker. The beer is named after Uncle Scott, who was affectionately known as Bubba. In fact, Uncle Bubba’s battle with ALS was the driving force behind the creation of the Ales for ALS program. Sadly, Bubba lost his nine-year battle with the disease in March.

“This time of year is usually the most exciting time of summer for us,” said a statement from Bale Breaker Brewing. “Our team would be bustling around, working like crazy to get ready for our annual Ales for ALS event. Due to COVID-19, we had to cancel this year’s event, but we still wanted to focus on the most important part of Ales for ALS: our commitment to finding a way to #EndALS.”

However you do it, in person or online, get it quick because supplies are limited. For each can of Bubba’s Brew sold, the brewery will donate $1 to ALS-TDI (the ALS Therapy Development Institute). Even if you cannot get the beer, Bale Breaker Brewing encourages you to make a donation to ALS-TDI in Bubba’s honor.

The experts at Yakima Chief and Loftus Ranches do not arrive at the blend by accident. A lot of thought goes into this one. For 2020, the Ales for ALS hop blend consists of the following: 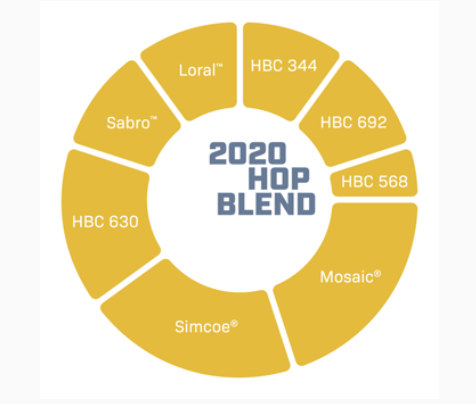 Thirst Aid Kit - Kulshan Brewing creates a beer to benefit the Bellingham Food Bank
Reuben's Brews donating portion of this weekend's beer sales to Black Lives Matter
To mask or not to mask? and other important questions needing answers