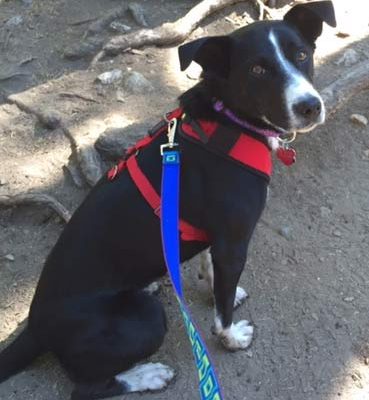 Like Ghostfish Brewing, Kim  and I love dogs. How much? Enough that we recently interrupted a vacation and rescued an abandoned dog that found us driving along a desolate highway in the middle of nowhere in Northern Montana. It certainly altered the rest of our vacation and now is altering our lives in a very good way. Kim calls it the most impulsive thing she’s ever done. That is how much we love dogs. That’s Lucy, our new pooch pictured above. (Yes we are certain we did not steal someone’s dog.)

We also love people who rescue dogs and help lonely pets find new forever homes. People like the volunteers at Emerald City Pet Rescue. So cheers to Ghostfish Brewing for creating Rescue Remedy Pacific Ale, a beer to benefit Emerald City Pet Rescue, which happens to be right next door to the brewery. Here’s more info about the beer and the program from Ghostfish Brewing. 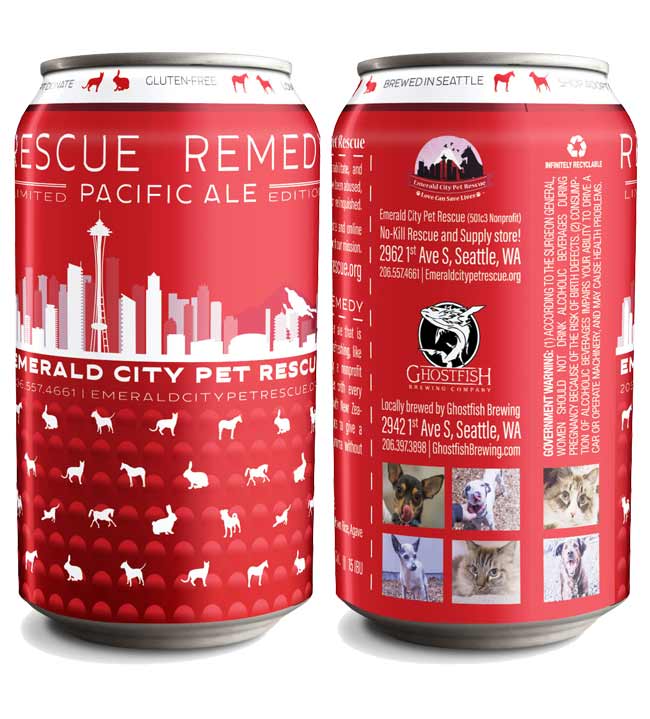 Seattle, WA – While you sit inside Ghostfish Brewing’s taproom you are bound to look out through the expansive wall of glass windows to see a parade of cute and adorable dogs stroll by. Led by volunteers, these dogs are out stretching their legs from their cozy stay at the nearby Emerald City Pet Rescue shelter. Emerald City Pet Rescue (ECPR) was established in 2013 in Seattle, WA as a non-profit dedicated to rescuing and rehabilitating neglected animals. They predominantly pull animals from high-kill shelters from around the country and place them in loving forever homes.

Rescue Remedy Pacific Ale, a crisp and refreshing golden ale dry-hopped with New Zealand grown Wakatu hops, is the collaborative effort of Ghostfish Brewing and ECPR. “We’ve been brewing a lot of golden ales on the pilot system to have some easy-drinking summer beers in the taproom” said co- owner and Brewmaster Jason Yerger. “As it happens, that’s exactly the style of beer that ECPR was looking for, so this was the perfect opportunity to scale up our favorite recipe. We also had these New Zealand Wakatu hops we bought on a whim, and couldn’t resist dry-hopping it for a refreshing kick of lemon & lime flavor.”

This limited edition beer will be available in draught and 6-packs of 12oz aluminum cans for sale in the brewery taproom.

“Emerald City Pet Rescue is thrilled to have collaborated with Ghostfish Brewing on this very special limited run beer,” said Emerald City Pet Rescue Director Lou Kings. “The beer can lid features an innovative pull-tab, transforming the can into a refillable and stylish drinking vessel. The can art was designed by ECPR’s graphic designer, Brandon Miguelez, along with the guidance of Ghostfish Brewing’s amazing team. We are all very excited to showcase this beer both at the anniversary celebration as well as on draught at Ghostfish Brewing!”