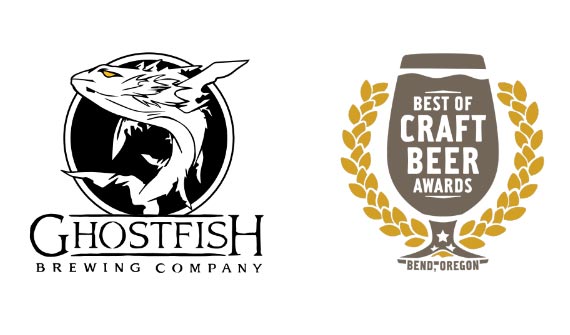 As we reported back in November, Ghostfish Brewing recently expanded its distribution footprint to include Eastern Washington and Northern Idaho, signing on with the Odom Corporation. The other day, the company announced it is about to begin distribution of its award-winning, gluten-free beers in Northern Oregon. Ghostfish Brewing draft and packaged beers will be distributed in Oregon by General Distributors Inc. (GDI).

“We’re proud to partner with GDI to bring our award-winning beers to the prestigious Oregon craft beer market,” says Ghostfish Brewing Co-Owner and Director of Sales and Marketing Brian Thiel. “Our Oregon fans have been asking that we share Ghostfish beer with them for quite some time. Now we have the opportunity to share our story and introduce our beer to many new customers.”

“We are excited to partner with this innovative young brewery“, says GDI Craft Brand Manager Chris Ormand. “I’m thrilled to announce our partnership with Ghostfish, and I’m confident that their great tasting gluten-free beers will be a perfect fit for the Portland Market.”

“We take our entry into Oregon very seriously, and with a lot of gratitude,” says Ghostfish Brewing Co-Owner and Manager of Operations Randy Schroeder. “Oregon and Washington have both established themselves as the states where craft beer innovation is on the loose, and we have been overwhelmed with requests to expand our distribution to our Southern neighbor. Our partnership with GDI makes sense for so many reasons, and the foremost is their dedication and focus on craft.”

“Shrouded Summit was the very first beer we ever brewed here, and it’s one of my personal favorites, but it often gets overshadowed by our more aggressive beers,” says Co-Owner and Brewmaster Jason Yerger. “I’m ecstatic to see it finally get some much-deserved recognition!”

At the Best of Craft Beer Awards, 88 BJCP-accredited judges (Beer Judge Certification Program) awarded medals in 84 different categories. There were 14 beers entered in the Gluten-Free category, with two of the three medals going to Ghostfish Brewing.