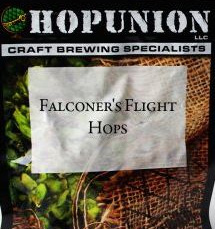 It is time to apply! The Glen Hay Falconer Foundation helps pro and amateur brewers realize their brewing dreams. Since its founding in 2004, the organization has awarded 20 scholarships. The Foundation recently announced that it is expanding its scholarship program. These scholarships send pro brewers and would-be-pro brewers to brewing school at the Seibel Institute of Technology in Chicago. Now, they’re even sending people to Munich.

The scholarships are open for aspiring amateurs and professional brewers. A few of the past winners include Dean Priebe of Icicle Brewing Company in Leavenworth, Dave Pendelton of Dick’s Brewing Company in Centrailia, and Anthony Stone of Boundary Bay Brewing in Bellingham. For more information, visit the www.glenfalconerfoundation.org.

The continued success and expansion of the Foundation’s scholarship program is in large part due to the success of the Falconer’s Flight program. Falconer’s Flight is a blend of hop varieties produced by Hop Union, a Yakima-based company that is one of the world’s leading suppliers of hops and hop products. Proceeds from the sale of Falconer’s Flight hops benefit the Glen Hay Falconer Foundation.

FYI – Many beer geeks are familiar with, and fond of, beers produced using Falconer’s Flight hops. Fewer beer geeks know that Falconer’s Flight is actually a blend of hops, skillfully balanced by Hop Union’s hop experts. There is some secrecy surrounding the exact blend, and experts seem to agree that it changes from year to year, but it is always something aromatic, fruity, spicy and delicious. One of the Falconer’s Flight blends is dubbed “Seven Cs.” Presumably it is a blend of seven different “C” hops: Chinook, Cascade, Citra, Columbus, Centennial, Cluster and Crystal. How much of each is the real secret.

The Glen Hay Falconer Foundation is excited to announce an amazing enhancement to its established brewing scholarship program. In collaboration with the Seibel Institute of Technology, the Glen Hay Falconer Foundation is offering two full-tuition brewing education scholarships in 2013. We are still offering the Concise Course scholarship and are sending recipients back to Chicago for the residential program. The big news is that we are now offering the International Diploma Course which takes place over a 12-week period in Chicago and Munich. Both scholarship are full tuition grants and come with generous travel/lodging stipends. Furthermore, we have expanded the geographic region for eligible candidates.

The Falconer Foundation has granted over 20 scholarships since 2004. This year represents a significant expansion in the scope of the program and is made possible due to the continued support and enthusiasm of all of you. In particular, Hopunion’s enormously successful Falconer’s Flight ® initiative has not only vastly spread the word about brewing education but also provided the necessary financial support to underwrite this expansion of our brewing scholarship program.

One scholarship is for the World Brewing Academy Concise Course in Brewing Technology in Chicago in October/November 2013. The Concise Course in Brewing Technology is a two-week intensive program that covers every topic critical to successful brewery operations. The program is designed for brewers pursuing a wider knowledge of professional brewing standards and techniques in order to advance their brewing careers as well as individuals planning to enter the brewing industry. The Concise Course scholarship includes a $1,000 stipend to help offset travel and lodging expenses.

Note that the full application must be received no later than March 25, 2013. Complete details and scholarship applications are available at www.siebelinstitute.com.

The Glen Hay Falconer Foundation is a non-profit organization dedicated to providing educational opportunities for professional and aspiring craft brewers from the Pacific Northwest to further their knowledge and expertise. For more information on the Foundation please visit www.glenfalconerfoundation.org and follow us on Facebook.