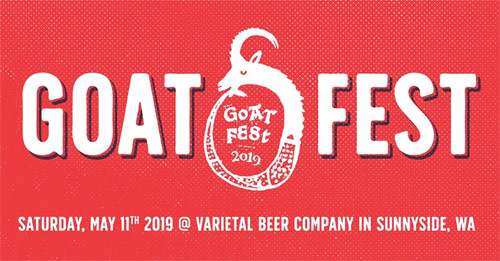 Varietal Beer Company invites you to join them and five other breweries for the first-ever Goatfest celebration. The event celebrates the beginning of the growing season with beer. Maibock, in particular, that strong German-style lager traditionally consumed at spring festivals.

Varietal Beer Company invited some of their favorite lager-brewing friends to produce their own unique versions of the Maibock style.