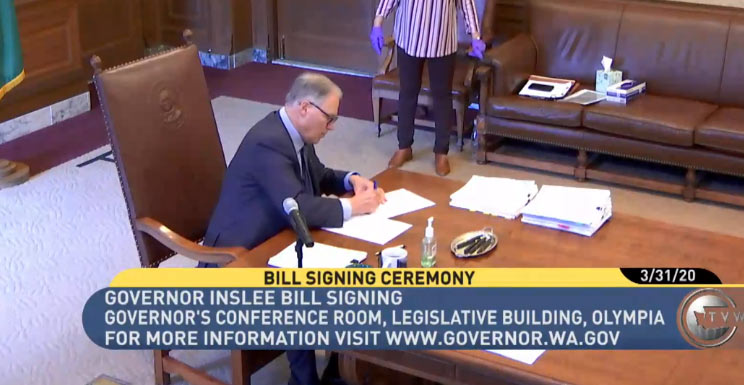 On March 31st Governor Jay Inslee signed HB 2412, making it law. The bill focused on two aspects of brewery taprooms. First, it increases the number of additional retail licenses available to breweries from two to four. Second, it legalizes dogs in taprooms. Kudos to the Washington Brewers Guild for pushing this one across the finish line.

Because of the new law, a brewery is entitled to four retail locations. Meaning, they can now have more off-site taprooms, which I like to refer to as satellite taprooms—the brewery has a taproom that is not at the actual brewery itself. This provides a brewery with more opportunities to sell its own product at retail, directly to customers.

The second aspect of the new law addresses the oft-confusing issue of dogs in taprooms. The various counties and municipalities across the state have their own rules regarding this issue. Now, because of the new law, things are vastly simplified: dogs are allowed in brewery taprooms. Of course, this does not require that a brewery allow dogs in its taproom, it just legalizes the decision should they choose to allow dogs in the taproom.

HB 2412, which is now law, verbatim states: “Nothing prohibits the owner of a licensed domestic brewery from allowing dogs on the premises of a retail liquor license location held by the domestic brewery under subsection (4) of this section.”