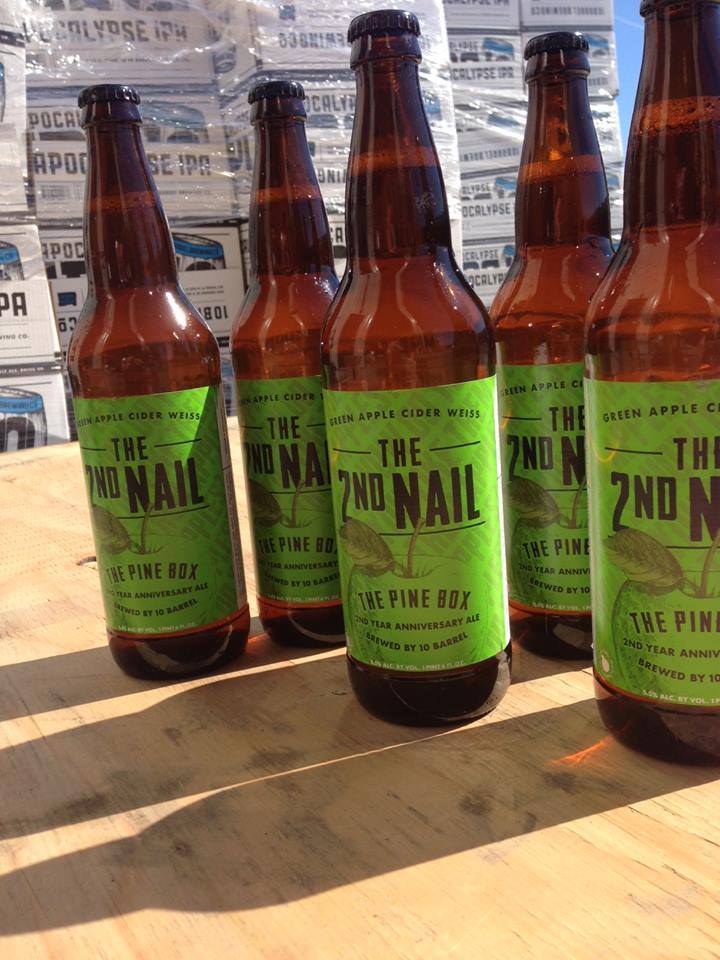 This occurs every now and again. Everything happens at the same time. Like tonight. Several events worth note happening this evening around Seattle

Very happy birthday to our friends on Capitol Hill. Tonight, an Anniversary Celebration at the Pine Box featuring the release of a special birthday beer: the 2nd Nail, a Sour Apple Berlinerweiss brewed by 10 Barrel Brewing Company with fresh pressed juice from Tieton Cider Works.  (Get in m’ mouth and shut it.) Available on tap and in bottles. Also, they’ll be clearing out the cellar for this event. Check it out here.

Ellen’s Head on the Floor. A bunch of very special, strong beers at The Noble Fir tonight. Doors open at 4:00. Read more about it here.

Airways Brewing is celebrating its 4th anniversary today at the taproom at the brewery (not the Bistro). Cake and Sky Hag poured through a pineapple-filled Randall. Read more here.

The Herbert’s Legendary Cask Fest Ale release party at the Latona Pub get started at 6:00. Read more about that here. I’d imagine a lot of really cool Seattle beer celebs will be at this one.

Island Hoppin’ Brewing at the Beveridge Place Pub. This small brewery rarely makes it off of Orcas Island. Meet the crew and sample the beers starting at 7:00 pm.

Okay, what am I missing? Visit our Facebook page and leave comments about this post if you know of something else happening tonight.