Hellbent Brewing in Seattle’s Lake City neighborhood is about to celebrate its second anniversary. On Saturday, June 10th they’ll host a party at the brewery and taproom from noon until 11:00.

They’ll clear out the parking lot around back and have live music for much of the day, with the headlining act, Marmalade, going on stage at 7:30. Marmalade is a collective of over 12 musicians whose diverse stylings of funk, soul, hiphop, afrobeat, electronic, and dub music is certain to get your booty shaking.  Also, there will be food trucks all day long.

And of course, since we’re talking about a brewery, they’ll release a special Anniversary
IPA as well as several special cask-conditioned beers 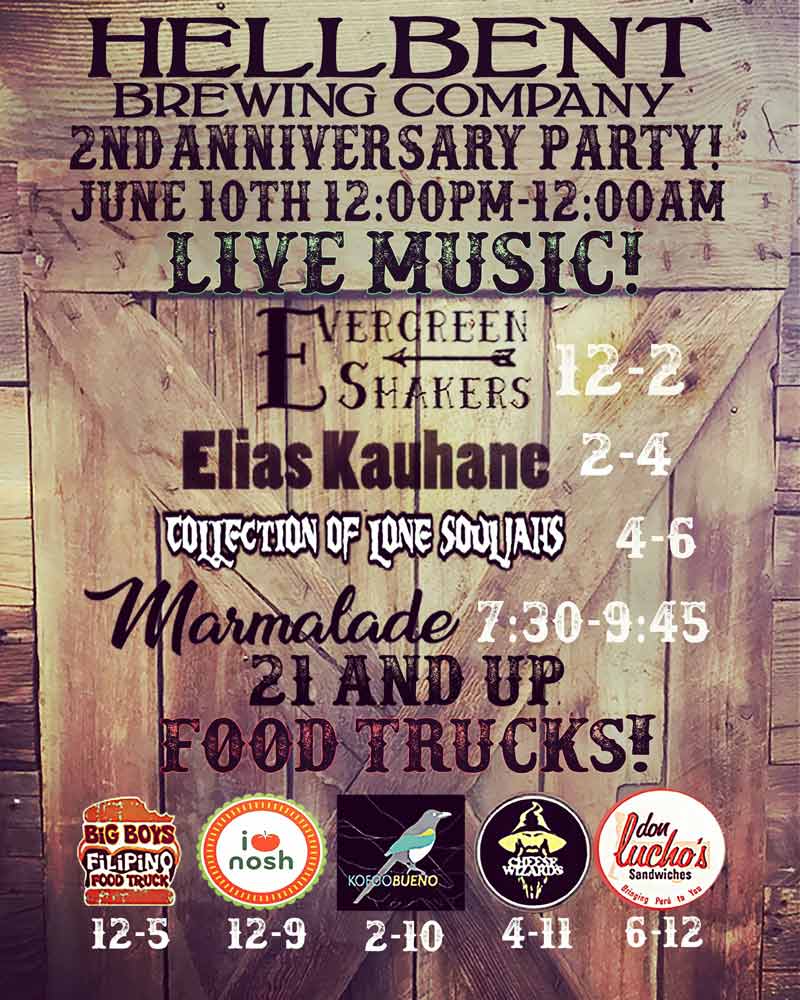