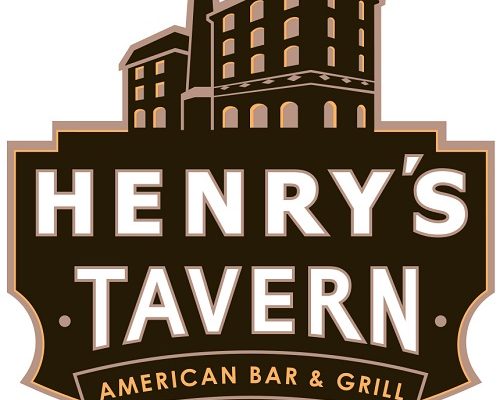 SoDo’s pre-game meeting spot Henry’s Tavern is expanding to South Lake Union and Bellevue later this summer. The original Henry’s is in Portland’s Pearl District, and the SoDo location is very similar in feel and menu. Rather than duplicate that concept, these new locations will be tweaked and adapted for the neighborhoods. 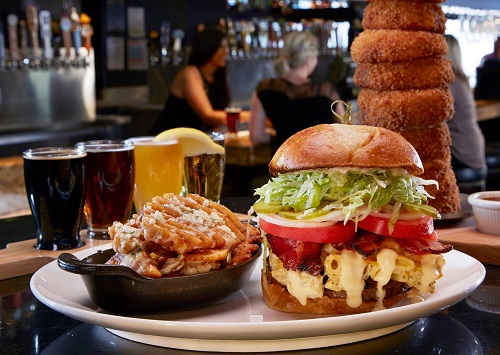 Amazon lunchers in SLU will find their Henry’s features grab-and-go items and a smaller tap list – at just 50 beers. In Bellevue’s Lincoln Tower, the menu will feature lighter, healthier options, but it will also have an outdoor patio with views of Downtown Bellevue, the full 100-tap beer line-up and the signature iced bar rail. 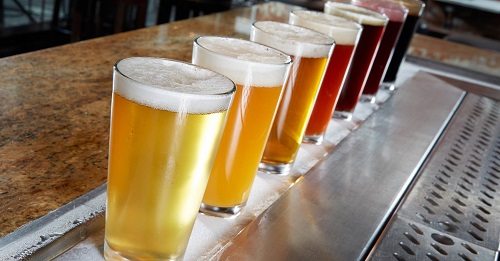 More from Henry’s on their expansion:

Seattle – May 1, 2017 – Henry’s Tavern, an upscale tavern-inspired bar and restaurant, today announced it will open two dining destinations in South Lake Union and Bellevue in late summer. Henry’s Tavern, owned and operated by Restaurants Unlimited, Inc., first opened in Seattle in 2013 with its SoDo location that quickly developed as a local favorite for an upscale tavern experience or as a game day destination.

Henry’s Tavern in South Lake Union will be located in the base of an Amazon occupied office tower at Fairview Avenue N. & Republican St. This spot will operate as a compressed footprint with 50 beers on tap and an amazing menu ranging from artisan sandwiches and signature burgers to wok-inspired dishes. Patrons can also look forward to pub games, grab-and-go lunch, and innovative beer technologies such as Digital Pour and custom crowlers. The grab-and-go lunch options and intimate space balance the needs of the bustling tech workforce in South Lake Union and neighborhood residents seeking to linger.

On the Eastside, Henry’s Tavern is arriving as part of the new Lincoln Square expansion, which will boast a custom frost drink rail to keep pints cold and a second-floor outdoor patio with unparalleled views of downtown Bellevue and the urban streetscape. While preserving fan favorites such as 100 taps, the signature Mac and Cheese Burger and hand-seasoned Gorgonzola waffle fries, the Bellevue menu will star health-conscious food items such as protein bowls and wellness-inspired salads.

“Seattle’s South Lake Union and Bellevue’s downtown areas are fast growing and vibrant communities,” said Jim Eschweiler, President and CEO of Restaurants Unlimited, Inc. “We thoughtfully reflected on how to adapt Henry’s Tavern for each locality such as the South Lake Union patio and Bellevue’s menu. For both destinations, the local beer and cider selection, scratch kitchen gastropub menu and elevated tavern atmosphere will make fantastic additions to the neighborhoods.”

Opening its doors in the original Blitz-Weinhard Brewing Complex in 2004, Henry’s Tavern started as a Pearl District neighborhood tavern in Portland, Ore., and quickly became an institution for the city. Henry’s Tavern now operates five restaurants in the western United States with each location featuring an extensive selection of more than 100 local, regional and international beer and hard cider offerings, and a robust menu of generously portioned tavern fare. For more information on Henry’s Tavern, or to view the full menu and beer selection, please visit www.henrystavern.com.

Since opening its first restaurant in 1968, Restaurants Unlimited, Inc. (RUI) has brought its talent for bringing the finest food to some of the best possible locations across the nation. RUI operates 20 different restaurant brands in 44 locations throughout the U.S. Unique concepts include Portland City Grill, Palisade, Cutters Crabhouse, and Skates on the Bay. Multi-unit brands include Kincaid’s, Palomino Restaurant & Bar, Portland Seafood Company and Stanford’s. The restaurants are located in 10 states, including Alaska and Hawaii. RUI is headquartered in Seattle and owned by private equity firm Sun Capital Partners. Additional details are available at www.r-u-i.com.