It’s a plan and a vision hatched by drinks industry impresario Chris Elford. Here Today will bring a brewery and eatery to the Seattle waterfront. It’s described as a modern, tropical brewpub and the founders hope to open in the spring of 2021. The company just launched a funding campaign via WeFund.com to attract investors and get the venture up and running. Investment opportunities start at $500.

Location, location, location. As part of the 10 Clay Apartments complex, Here Today is located just across the tracks from the waterfront, next to the Old Spaghetti Factory building. The plan calls for a 44-seat patio area in addition to approximately 70 seats inside. (Photo from Instagram.) “I started Here Today as the culmination of a decades-long love affair with quality beer,” says Chris Elford, found and CEO of Here Today. “After opening legendary beer bars in New York, Richmond VA, and Seattle, I set my sights on my final love letter to this ancient beverage: a waterfront brewery and kitchen. I wanted to create a memorable landmark with great food and high-quality beer.”

Chris Elford is perhaps best known around the Seattle beer scene as the guy behind No Anchor, the upscale beer bar and restaurant in the city’s Belltown neighborhood. No Anchor has received two James Beard Award nominations, among other accolades. He’s also the guy behind Navy Strength, an esteemed, award-winning Seattle cocktail bar. 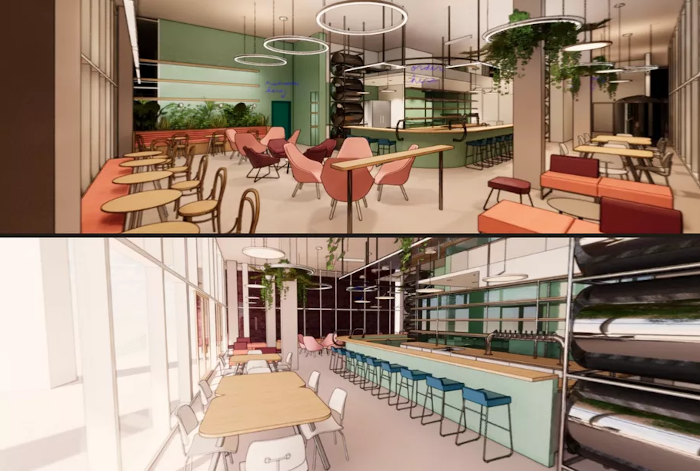 To help with the Here Today project, Elford enlisted two other industry veterans. Mario Cortes, the head brewery, has decades of professional brewing experience and has worked for the likes of Harpoon Brewing in Massachusetts, Oscar Blues in Colorado, and Woods Beer and Wine Co. in San Francisco. Dave Riddile is the director of marketing and operations. His resume includes running the marketing and operations program for The Collective Brewing Project in Fort Worth, Texas.

Bale Breaker Brewing adds a Pilsner to its lineup
Introducing the Reuben's Brews Foundation
This video marks the 25th anniversary of one my favorite breweries: Boundary Bay Brewery