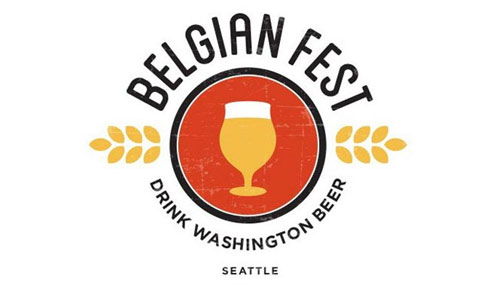 Seattle’s celebration of Washington-brewed, Belgian-inspired beers is here! Time for Belgian Fest! This annual beer events, one of Seattle’s most popular, happens this Saturday at Seattle Center. You can see our previous post for more details, or check out the official website for more info and tickets.

Here is my cheat sheet for this year’s Belgian Fest. Call it a Top Ten list if you like, but truthfully it’s just a list of beers that either catch my eye or that have already captured my fancy.

You can peruse the entire list of all of the Belgian Fest beers here.

Bale Breaker Brewing – Nouvelle Abbeye Tripel IPA (ABV 8.5% / IBU 39) -Nouvelle Abbaye (French for New Abbey) is an interpretation of a classic Belgian Trappist ale. However, we dry hopped this beer with a generous amount of Citra—hence the term Tripel IPA.

It’s been said that the French language has 130 words for “wine,” but not even one word for “hops.” Okay, I made that up. When Bale Breaker says “generous amount of Citra…” they are speaking my language.

They had me at “brulee-torched sugar and back molasses meet figs and dates.”

Of all the sour beer styles, sour red ales are my favorite. Add to that Elliott Bay’s growing reputation for its outstanding barrel-aged beers. Sign me up.

Figurehead Brewing – Midwho?!? (barrel aged saison w/ cherries) (ABV 9%) – Second Session Only
Belgian Fest experiment #2. We took the wort from our GABF gold medal winning Midwatch Belgian-style dark strong, fermented it with a saison yeast, then aged it in a whiskey barrel with a crap ton of cherries. Only 5 gallons of this beer so stop by early.

People always ask me, “What’s your favorite brewery?” I don’t like that question. I stutter and stammer too answer because there are so many. A better question might be, “What’s the best brewery I’ve never heard of?” I can actually answer that question with a list, and this brewery is on it.

I am not a fan of bubble gum, but when that term is used to describe hops, whatever that flavor is, I am definitely a fan of that. Knowing Fremont Brewing, and reading that description, I have trouble imagining this beer being anything but great.

Ghostfish Brewing – 4th Anniversary Belgian Quadrupel (ABV 9.0% / IBU 26) – Inspired by the Trappist brewers of Belgium, our version is full bodied with a rich and malty palate and aged on PNW sweet cherries. This beer commemorates the four magnificent years of Ghostfish existence!

How do you make a big beer like this without using gluten-rich barley and other “traditional” grains? Ghostfish, arguably the nation’s best GF brewery, has some kind of gluten-free magic happening.

Uh, what? I mean really, who does that? I love Propolis because I’m pretty sure they have no idea how cool they are.

GABF gold-medal beer named after a Jimi Hendrix song. Good enough for me.

One of my personal favorites for years. I was so proud when it won those medals, proving that I actually do know something about beer. I bet the brewery was proud too.

I love how the brewery’s description of this outstanding beer is so unassuming and so modest. When it comes to wine, I am not usually a fan of Chardonnay. Nice to know that Chardonnay actually does have a purpose; the barrels are great for making beer. Another GABF gold-medal beer.