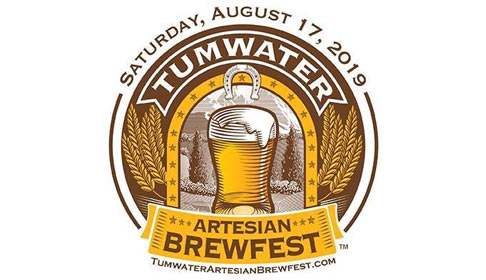 A nod to the past, a look to the future, and a lot of great beer

The Tumwater Artesian Brewfest features 50 Pacific NW craft breweries, wine, cider, and spirits, along with games like giant Jenga, cornhole and a stein holding competitions. The theme, Bring Brewing Back, is a nod to Tumwater’s proud place in Northwest beer history (Tumwater is the original home of Olympia Brewing Company). You can see the list of participating breweries here.

The event takes place on Saturday, August 17th. For complete details and tickets, visit the official website at http://tumwaterartesianbrewfest.com/.

Within the larger event, you’ll have an opportunity to sample beers brewed using local barley at the Bring Brewing Back tent. In doing so, you’ll help with the research project. Top Rung Brewing, Packwood Brewing, Well 80 Brewing, Singing Hops Brewing, and Three Magnets Brewing are all creating beers brewed using barley grown by the Washington State University Extension in the nearby Chehalis Basin.

“This event is part of a WSU research effort to identify barley varieties best suited for craft brewing and distilling – specifically for unique flavors from malted barley,” says Stephen Bramwell of WSU Extension Thurston County. “The barley was grown by Brian Thompson and Bill Reisinger in Adna Washington (8 miles west of Chehalis, WA) on productive, beautiful Chehalis silt-loam soil – some of the best the region has to offer. Funding was provided by the Port of Olympia.”

“This community tasting is the culmination of two years of field trials. The aim over the last two years has been to grow large fields of experimental barley for local brewers to experiment with. Barley grown in 2018 was evaluated by consumer panels in Pullman, WA. Barley grown in 2017 was made into whiskey at Sandstone Distilling and evaluated for flavor compounds at the WSU Wine Science Center in Richland, WA. The Tumwater Brewfest will complement these sensory evaluations by allowing for a large-scale community tasting.”

“The same beer brewed from all four varieties will be served under the Bring Brewing Back tent, where community members can complete a brief sensory analysis as part of this participatory research effort. By all means, join us for a drink in the name of research and community economic development.”