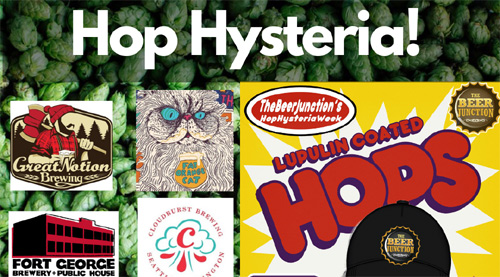 This Weekend in West Seattle, The Beer Junction presents Hop Hysteria, a two-day celebration of hoppy brews. The amazing lineup includes no less than 30 of the hoppiest creations. Some from local, beloved breweries. Some from breweries in far-off lands like New York and Ohio.

They turn the taps over to hoppy goodness when they open on Saturday morning at 11:00 and the fun continues through the weekend. Here is just a small sample of what they’ll have in the rotation on Saturday and Sunday.

and many, many more.