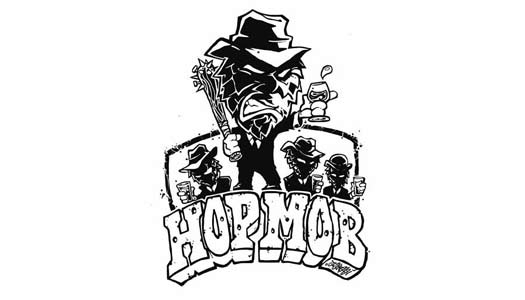 We are now just one week away from the official kickoff of Washington Hop Mob. This year 49 Washington breweries stepped up and agreed to brew Triple IPA for release the first week of February. At the official Hop Mob Kickoff event (next Thursday at Brouwer’s Cafe in Seattle) 32 of these beers will be on tap. Thereafter, a series of Roadshow events take place over the course of 10 days at locations across Western Washington. Each event offers a chance to sample and enjoy no fewer than eight Triple IPAs.

For more details about the events, to see the list of participating breweries, and to check out the beer descriptions, visit the official website at http://www.wahopmob.com.

The fourth annual Washington Hop Mob Triple IPA Roadshow kicks off on Thursday, February 2nd in Seattle. Other Hop Mob Roadshow events to follow across Western Washington over the course of 10 days.

Seattle, WA (January 25, 2017) – This year 49 Washington breweries agreed to participate in the fourth annual Hop Mob Triple IPA Roadshow. In doing so, they all committed to producing a Triple IPA for release the first week of February. The official Hop Mob Kickoff happens on Thursday, February 2 at Brouwer’s Cafe in Seattle, where they will tap 32 of the Hop Mob beers at once. Organizers believe that the Hop Mob Kickoff represents the largest collection of Triple IPAs ever tapped in one place at one time. Thereafter, 11 other bars will host Hop Mob events across Western Washington.

The Hop Mob Triple IPA Roadshow is a series of events occurring from February 2 through February 12, as far south as Vancouver, Washington and as far north as Bellingham, Washington. The events are listed below. The goal is to spotlight how Washington’s breweries excel at creating the biggest, boldest, and hoppiest of all beer styles: Triple IPA.

Triple IPAs are much like other IPAs, except they offer more alcohol strength and greater hop character. Beers of this style typically weigh in at approximately 10 percent Alcohol by Volume or higher.

“Triple IPA is a challenging style of beer to brew,” says Adam Robbings, who owns Reuben’s Brews in Seattle and also helps organize the Washington Hop Mob. “It requires the brewer to masterfully balance massive malt character with the intense hop character required in any beer described as an IPA. There are a lot of technical difficulties the brewery has to master to get this style right—a great clean fermentation, nice bright hop character, and a balanced finish are a lot more challenging to achieve in this style than many others. And with the Hop Mob we can show that Washington beer is up to that challenge!”

Following the Hop Mob Kickoff, each of the 11 Hop Mob Roadshow events features at least eight of the Hop Mob beers on tap. Events are planned in Vancouver, Bellingham, Olympia, Snohomish, Tacoma, Kirkland, Renton and Seattle. At each event, beer lovers can order sample-sized pours of multiple beers to best experience what Triple IPA has to offer. Full-sized pours are also available.

“In 2014, our first year, we only had 14 breweries and five bars involved,” says Nat Pellman, General Manager at Brouwer’s Cafe, who also helps organize Washington Hop Mob. “Those breweries were a group of industry friends that Adam Robbings initially reached out to with the idea, but we got the ball rolling and a movement was born. Now we have a great group of nearly 50 Washington breweries, which is amazing.”

The goal of Hop Mob Triple IPA Roadshow is to promote Washington-brewed beer and the local beer scene in general. Washington is currently home to roughly 330 breweries, which is more than any state except California.

“In most states, you probably couldn’t even find a dozen breweries that produce Triple IPA, but in Washington we have nearly 50 breweries producing it at the same time,” says Kendall Jones of the Washington Beer Blog, which helps organize and promote Washington Hop Mob. “Washington’s breweries don’t get a lot of recognition nationwide, and to a certain extent they don’t care, but nothing else like Hop Mob happens anywhere, ever. We should be proud of that, whether the rest of the world notices or not. Less hype, more hops.”

More information, details about the events, a complete listing of participating breweries, and descriptions of the beers, visit the official website at http://www.wahopmob.com.