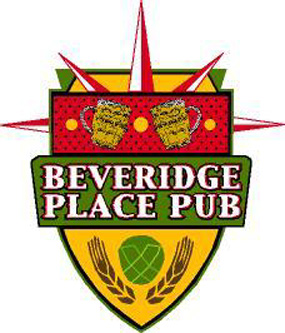 Here are the final eight IPAs in the hunt for the championship. What does that mean? Read the original post below.

Hoptoberfest has officially begun. What exactly does that mean? In short, it means that all month long the Beveridge Place Pub dedicates a bunch of its 32 taps to Washington-brewed IPA. In fact, as many as 20 taps will be dedicated to a rotating selection of IPAs.

Beyond providing you a chance to enjoy a lot of great beer, the purpose of Hoptoberfest is to elect the 2015 house IPA. The house IPA is the always-on-tap IPA at the Beveridge Place. Not only is it an honor for the winning brewery, but it also represents a lot of guaranteed keg sales. It is not uncommon for the Beveridge Place Pub to blow through five kegs of its house IPA in a week.

Hoptoberfest culminates with the 9th Annual IPA Cask-O-Rama. On November 6th and 7th, up to 24 casks of IPA will line the bar at the Beveridge Place. It is a beautiful thing. On the first day of IPA Cask-O-Rama the new house IPA is announced, though you shouldn’t expect the beer to show up as a regular pour at the Bev until the first of the year (2015).

When casting your ballot during the primary, you are welcome to vote for beers not on tap at the time of your visit. The only real rules for determining what will be the house IPA are that the brewery be up to the task (able to provide enough beer on a consistent basis) and that it be a Washington-brewed IPA.

* Go to BPP and order a liter of IPA (OK, a pint is acceptable, too)

* Get a ballot (one vote per person per day)

* From Oct. 3-13, you can nominate any Washington-brewed IPA, even if it’s not currently on tap (no “Imperials”)

* From Oct 14–24, primary balloting with the top eight nominees

* From Oct 25–Nov 4, general election balloting with the top three from the primary

Events Within the Event