It used to seem like the Washington Brewers Festival, which featured Washington-brewed beers exclusively, was a local beer festival. None of them out-of-state breweries were allowed. Given the proliferation of breweries across Washington, and across the nation, beer festivals that focus on hyper-local breweries might become more common in the future. For instance, the Ballard-Brewed beer festivals that took place last spring and last winter were both well-attended and very successful. In my opinion, I think we will (and should) see more locally-focused festivals like this, though in most places the scope will need to extend beyond a single neighborhood. Sadly, not every neighborhood enjoys such a high density of breweries as Georgetown and Ballard.

Georgetown has a proud history when it comes to beer. It is the former home of Rainier Beer, which once operated the nation’s sixth-largest brewery along what is now Airport Way. Today the neighborhood is home to six breweries, including Washington’s top-producing craft brewery, Georgetown Brewing Company.

Tickets redeemable for beverages are available on site. The festival is restricted to ages 21 and over with valid ID. 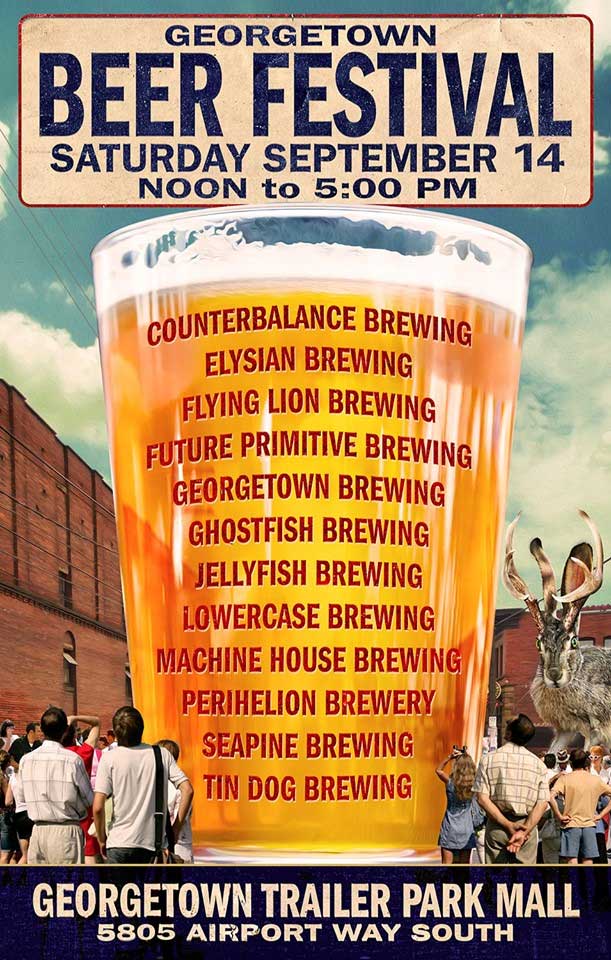