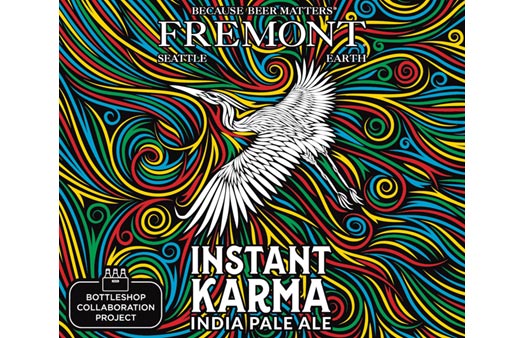 Back in March we told you about the Bottleshop Collaboration Project, a series of beers brewed by local breweries exclusively for a group of Seattle-Tacoma area bottleshops. The goal is to promote a spirit of comradery and share a mutual love of good beer. The first beer in the series, Soul Proprietor IPA by Cloudburst Brewing, was release in late March.  The second beer in the series, brewed by Fremont Brewing, is scheduled for release tomorrow, Friday, June 30th.

Instant Karma IPA will be released simultaneously at Fremont Brewing’s Urban Beer Garden and all of the participating bottleshops. Available on draft where applicable and in 16-ounce cans. The beer’s specs are shown below. By the way, if you’re new to the “IPA haze craze” and you’re wondering what it is that makes hazy IPAs hazy, take a look at the grain bill below, noting that 2-row malted barley is in darn near every craft beer you drink, hazy or not. 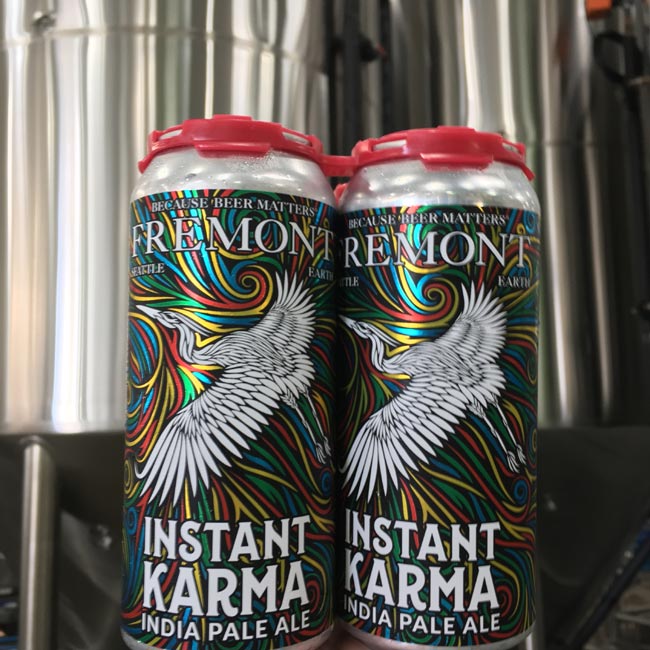