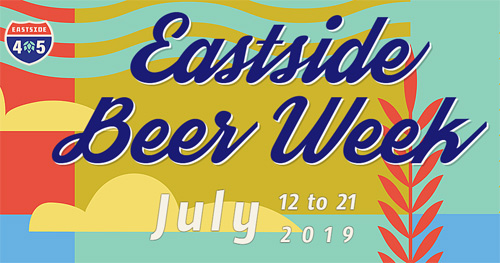 Where once there were none, now there are many. What was once a vast, beerless wasteland is now a fertile forest of fermentation. Depending on how you draw the lines, the Eastside is now home to no fewer than 32 breweries. For you outsiders, Eastside is a collective term for the suburbs of Seattle located on the east side of Lake Washington.

Eastside Beer Week kicks off on July 12th with events at breweries, bars, and restaurants. The 10-day celebration features events showcasing beers brewed up and down the I-405 corridor in the communities of Bothell, Kenmore, Woodinville, Kirkland, Redmond, Duvall, Bellevue, Sammamish, Issaquah, Snoqualmie, and Renton.

A statement from the organizers describes it like this: “The Eastside Beer Week is a grassroots community partnership focused on celebrating craft beer and fostering a culture of giving that strengthens our neighborhoods. The Eastside is not only a home for a growing and diverse group of craft brewers, but it is also a destination for craft beer enthusiasts.” 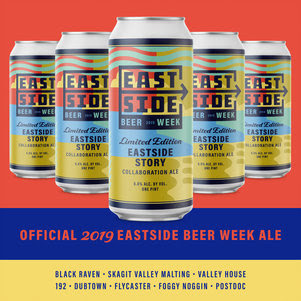 Eastside Beer Week is organized by Daneka Sarkies and James Wagner, but they are quick to heap the praise on the breweries and beer retailers of the Eastside. “Most of the heavy lifting is done by each brewery, tap house, and other supporting businesses along the I-405 corridor,” says a statement on the official website. “We partner with local chambers of commerce, social influencers, and media outlets to enhance the exposure and awareness of each brewery.”

For more information, including a schedule of events, visit the official Eastside Beer Week website.