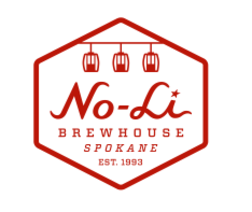 Spokane’s Northern Lights Brewing is re-branding. The new name is No-Li Brewhouse. Mark Irvin, the brewmaster and owner of the brewery previously known as Northern Lights, recently teamed up with craft beer veteran John Bryant. The new partnership is intended to foster new growth. Irvin and Bryan plan for No-Li Brewhouse to become an even greater asset to the local economy, continuing to create new jobs and give back to the community.

Mark Irvin started Northern Lights Brewing in 1993. The brewery and brewpub on the Spokane River is one of just a few bright spots on Spokane’s still-emerging craft beer scene. Mark’s new partner, John Bryant, is a rockstar in the world of craft beer sales and marketing having played a key role in building and promoting several breweries in his career. He helped advance such notable brands as Deschutes Brewery, Odell Brewing and Oskar Blues Brewing. For John this is a sort of homecoming. Both he and his wife are from the area.

So why change the name? Apparently another brewery back east somewhere has started using the name Northern Lights and instead of getting involved in an unfortunate legal battle, they decided to rename and re-brand. Plus, it’s fun. The name is intended to be tongue-in-cheek. As in, “No-Li, we deliver fib-free beers to the craft beer market.”

No-Li products will be available in 22-ounce bottles and on draft. They will focus on three styles: Born & Raised IPA, Crystal Bitter and Silent Treatment.

The plan is to grow and begin distributing beer to Colorado and New York City in the coming years. Yes, New York City. We’ll share more about this story as it unfolds.

For more information see the story on the Brewers Association website.

Doomsday Brewing opening a 3rd location - Grand Opening this Saturday
Is Seattle one of the best beer cities in America or not?
Kegger for Koalas - fundraiser in Edmonds on February 13th