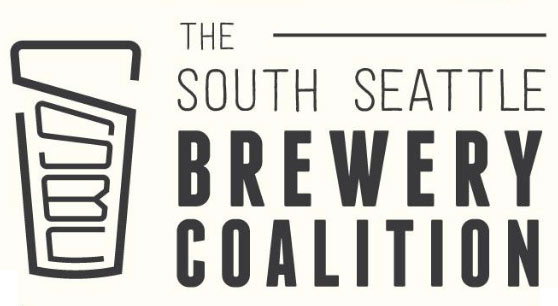 The plan has been cooking for years. The basic idea, create a disloyalty program that encourages people to visit all of the breweries in South Seattle instead of pledging allegiance to just one. The recent formation of the South Seattle Brewery Coalition brings the plan to life with a new brewery map inviting you to go drink someone else’s beer. Or, as they like to say, “Be disloyal. Drink everywhere.”

Coinciding with this Saturday’s Washington Beer Open House, beer lovers are invited to stop by one of the 14 South Seattle breweries (starting on Saturday, February 25th) to pick up a map and follow one of the three suggested routes. Maps will be available at the breweries beginning on Saturday, but you can get an online version now at the official South Seattle Brewery Coalition website. (We also share it below.)

Back in pioneer times Seattle’s breweries were scattered hither and yon, but by the year 1900 South Seattle had become the unmistakable hub of the local brewing scene. The big old building along Airport Way in Georgetown, the home of Seattle Malting and Brewing Company, stands as proof. Sadly, that brewery died with the enactment of Prohibition. Another tribute to South Seattle’s beer-filled days gone by, the glowing red R atop the old Rainier Brewery up the street in SoDo. Those buildings are monuments to the past, but today South Seattle’s brewery scene is more vibrant than ever.

“One of the things that makes the Seattle beer community so incredible is a dedication to supporting one another,” said Dan Armerding, tasting room lead at Two Beers Brewing Company. “South Seattle offers something for everyone, and our goal is to spread the love and give you an excuse to drink someone else’s beer.”

The map and accompanying poster also feature all the critical information about each brewery: address, phone number, website, and available amenities. Beer tourists are encouraged to visit a brewery’s individual website, or call ahead for up-to-date taproom hours and additional information.

click on the map to open a larger version. 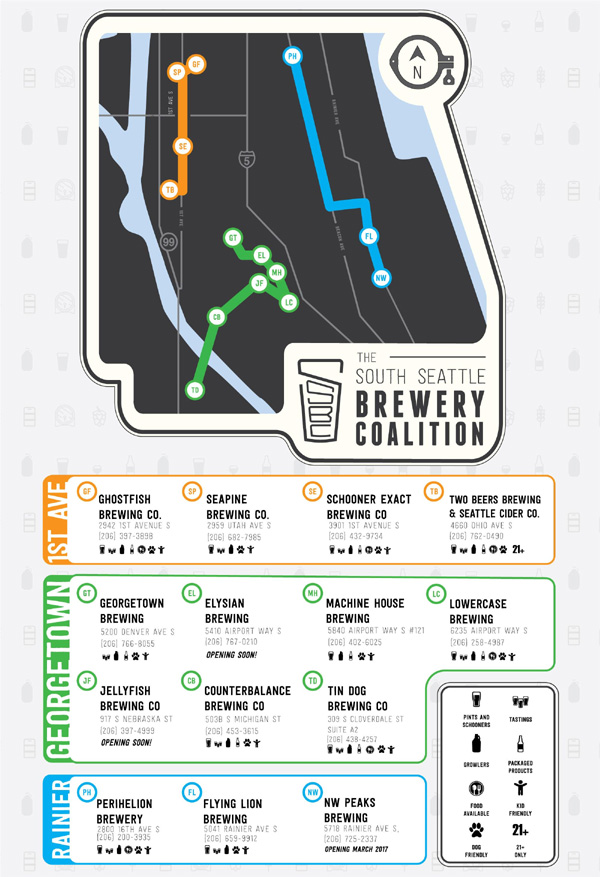