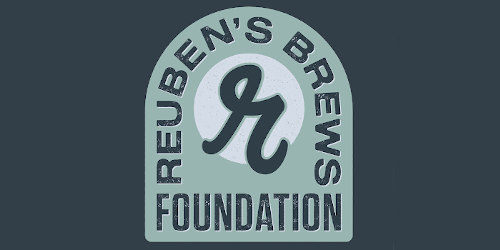 More so than many other businesses in many other industries, our small and independent breweries are a part of the community. Perhaps that’s because of beer’s generally social nature; beer brings people together. One way that most breweries are involved in their communities is by charitable giving, but there’s more to it than that. Some breweries strive to make a difference, to foster and enable positive change in their communities.

Reuben’s Brews is no stranger to philanthropic giving. Since 2013 the company’s Thank You Thursday program has been raising funds for local non-profits and raising awareness of important causes in the community. Now, Reuben’s Brews is taking it to the next level with the announcement that the company has created a foundation: The Reuben’s Brews Foundation.

Here’s the announcement from the brewery.

To celebrate their 8 crazy years (and 8 even crazier months this year alone) Reuben’s is proud to announce the release of “Long Days Short Years”, a new Hazy IPA brewed to commemorate this significant moment in their history. The imperial hazy IPA features Sabro, Michigan Chinook, and Citra hops which gives it a bright nose of orange and lime zest, with a deeper tropical fruit body delivering notes of mango and pineapple, and passion fruit on the finish. It will be available starting August 5th at the Reuben’s Taproom in Ballard and in limited release across their distribution area the following week.

“We are thankful and humbled by the amazing community support we have had since we opened, which is how we’ve achieved so much in 8 short years!” said Reuben’s Co-Founder and Brewmaster Adam Robbings. “We are also incredibly thankful for our team – it’s our team that makes Reuben’s. So, we thought it was fitting that the can design features the faces of our whole team who have poured their heart and soul into Reuben’s Brews.”

But reflection on the community, people and the hard work of the past isn’t the only thing happening at Reuben’s this Anniversary. With an eye to the future of both their brewery and the entire industry, Reuben’s is excited to announce the creation of the Reuben’s Brews Foundation. Guided by the belief that pouring delight for their community can extend beyond what’s poured in a glass, the Reuben’s Brews Foundation will work to strengthen the community they serve.

“The Reuben’s Brews Foundation is a natural extension of our long-running “Thank You Thursday” program, which has raised over $150,000 for local non-profits since 2013,” said Reuben’s Co-Founder and Foundation Director Grace Robbings. “As the non-profit organization linked to Reuben’s Brews, the foundation will support the work already being done by community partners, and fill other needs where gaps exist in the areas of education, environment, arts, human rights, animal rights, health, and social justice.”

As the Foundation’s first act, a portion of the proceeds from the sale of “Long Days, Short Years” will help fund a fellowship program designed to develop future BIPOC leaders in the brewing industry. The new program is being designed in partnership with Métier Brewing Company. For more information about the Reuben’s Brews Foundation, including details on the fellowship program, please visit their website at: http://www.reubensbrews.com/foundation.

As the Reuben’s team celebrate making it to 8 years as a brewery, Reuben’s invites you to support the birth of this important new industry growth initiative by joining them for a celebratory pint or four-pack of “Long Days, Short Years” starting August 5th.

Brewery taprooms now reopening across Washington
Hale's Ale Brewery announces the addition of Allison Ringe
The Good Society is open, inside and out, for your beer drinking pleasure