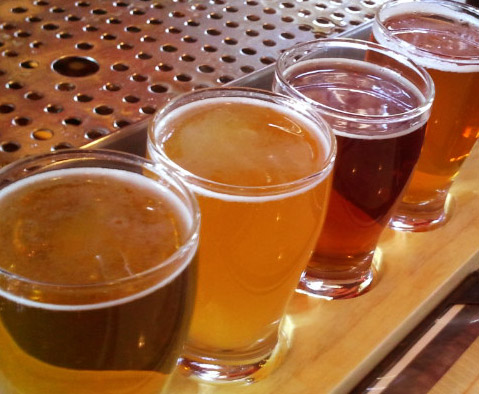 Earlier this week I posted a story about the growth of craft beer in 2014, reporting that for the first time craft beer captured a double-digit share of the nation’s $100 billion beer market, accounting for 11 percent of all beer sales in 2014. What I failed to report was the remarkable fact that in 2014 craft beer volume sales increased over 17 percent and dollar sales were up 20.5 percent.

So what spurred this kind of staggering industry growth? Was it India Pale Ale and the beer-drinking public’s unyielding adoration of hoppy beers? The numbers don’t lie.

To produce this post, I stood on the shoulders of giants, leveraging information in an article published by Beverage Industry Magazine, 2015 Beer Report: Craft beer increases market share. A number of reports have been released lately on the subject of craft beer sales, published by companies like Mintel, Nielson, Information Resources Inc. (IRI), and Bump Williams Consulting (BWC).  For this kind of information, under-compensated bloggers like me rely on sources that can actually afford to pay thousands of dollars too see the magic numbers. For information about my sources, see the note below.

Blame it on IPA

According to the Brewers Association, in 2014 IPA was up 47 percent by volume and 49 percent by dollar sales, accounting for 21 percent volume share of craft and 23 percent dollar share of off-premise beer sales. Among all the different style of craft beer out there, one out of every five beers sold was an IPA.

Danelle Kosmal, vice president of the beverage alcohol practice at New York-based Nielsen, told Beverage Industry Magazine, “Hoppy styles, which primarily are represented by IPAs but also include Pale Ales, contributed to [the] 45 percent of growth within the craft segment last year.”

By her reckoning, which is confirmed by the Brewers Association’s numbers, hoppy beers contributed to nearly 50 percent of the industry’s growth last year. She adds, “We’re also beginning to hear more about Session IPAs. While still very small, Session IPAs have seen incredible growth over the last year, up 323 percent in 2014 versus 2013…”

Obviously, IPA haters (I.P.hAters.) are the minority amongst craft beer drinkers. In the realm of beer geekdom, railing against IPA has become a sport and I know that many people won’t appreciate hearing me give it any credit for craft beer’s recent surge in popularity. Numbers don’t lie.

As for me, I’m a hardcore beer geek who happens to like a good IPA, so the ubiquity of IPA suits me just fine. Also, I liked Metallica before and after they got popular. If the newbies happen to like it too, why should I care? I fancy myself something of an anti-contrarian.

Beth Bloom, food and drink analyst for Chicago-based Mintel, points out the obvious: craft beer products tend to focus on flavor. She adds that flavor-focus seems to appeal to young legal-drinking-age adults like millennials.

“Consumers now seem to be shifting over to this interest in flavor, so that definitely helps craft,” Bloom told Beverage Industry Magazine. She added that consumers report having a sense of pride in trying a lot of different products or working their way through a product line. “When new products come on the market that are in this category, consumers want to give it a try.”

Maybe it’s not IPA in particular, but IPA’s requisite bold and hop-forward flavors in general. The character imparted on IPA by hops is as easily recognizable as it is diverse. Some IPAs are floral, others are bitter. Some are both. Some balance those characteristics with malty sweetness. Others are shamelessly out of balance in any direction.

In the end, flavor is what people are looking for and hoppy beers offer an immediate, diverse and intense flavor fix. Compare one IPA to another, or sit down and compare IPAs from six different breweries, and you’ll recognize that IPA flavors are all over the map.

I don’t mean to suggest that other beer styles are flavorless, but IPA’s profound hop character is like a slap in the face. There’s nothing subtle or nuanced about it.

Danelle Kosmal agrees that it’s all about the flavor and cites a Nielsen survey conducted last year that asked consumers what were the primary reasons they purchased craft beer. “Fifty percent said it was to experiment with different styles and flavors; 40 percent said because they like seasonal offerings.”

Seasonal? Did she say Seasonal?

In case you’re wondering, the top five styles are IPA, seasonal, Pale Ale, variety packs and Amber Ale. Of course “variety packs” and “seasonal” don’t represent a particular style, but you get the point.

According to Nowicki, those top five “styles” represent 64 percent of all craft styles sold.

Can this Growth Continue?

Retailers are dedicating more shelf space to craft beer as the public’s interest in good beer continues to rise, which in turn is helping to drive industry growth. Demand begets availability. In the industry, they’re referring to this as the proliferation of craft SKUs. (A stock keeping unit or SKU is a distinct item for sale, such as a sixpack of Deschutes Inversion IPA.)

Craft breweries are also making it easier for retailers to stock the product. According to Danelle Kosmal, “Bottles continue to be the bulk of the category; however cans are driving far more than their fair share of growth — 8 percent share versus 28 percent of case volume growth. I think we’re going to see this trend continue, as large craft breweries expand distribution with cans to fulfill more drinking occasions. Additionally, we’re seeing a trend of small craft breweries entering the off-premise space with cans instead of bottles because of the cost benefits.”

In conclusion, IPA and other hoppy styles contributed to nearly 50 percent of growth within the craft segment last year. If you ask me, that’s remarkable. In the bigger picture, flavor is driving craft beer’s growth and IPA offers a lot of diverse flavor opportunities that are both familiar and uncharted. IPA is accessible but also interesting.

In a very real way, IPA has become the new gateway beer.

I cannot believe I just said that.

For this post, I relied heavily on information garnered from a story published in Beverage Industry Magazine – a leading source for information analyzing trends, formulation, technology and products shaping the beverage industry. I encourage you to read that story here.

Is that Tony Hawk drinking a beer from Seapine Brewing?