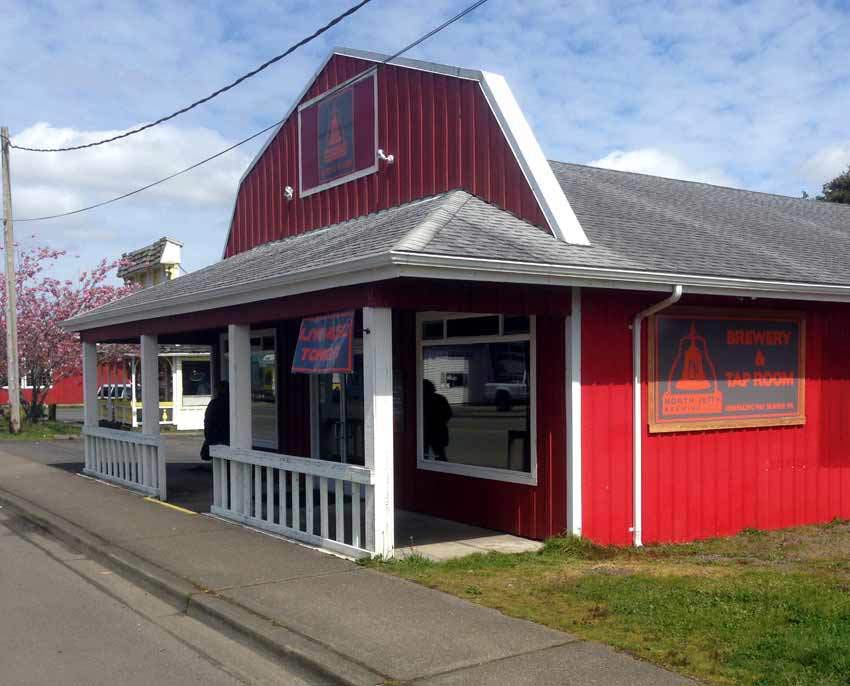 If you’ve been looking for something to provide that last little bit of motivation to make the long drive (for most of us) to the Long Beach Peninsula, perhaps this will get you rolling. It was just about a year ago that we visited the brand new taproom at North Jetty Brewing in Seaview, on Washington’s Long Beach Peninsula. Today we learned that the brewery is expanding. Also, the brewery will celebrate the taproom’s anniversary the weekend of April 10th.

North Jetty Brewing will soon begin brewing on a ten-barrel system, more than tripling the brewery’s capacity. Stepping up from a 1.5-barrel system to the larger system will allow the brewery to increase distribution. Currently, the beer is distributed in 10 counties in Washington and Oregon.

To read about our visit to North Jetty Brewing, check out the story we did about Beer Touring in Astoria and Beyond on our other blog, GoFindBeer.com.

The family-owned brewery and taproom is located in the town of Seaview on Washington’s south coast. They’ve been brewing at the location for over two years, but the taproom just opened last year. The taproom currently offers 18 taps. Beginning in May, food will be available from Street Side Tacos 2.0. Also in May, the taproom will expand its hours to include lunch. During July and August, the taproom will be open seven days a week.

“The anniversary weekend will kick off on Friday April 10th with Thin Rail playing on the stage,” says Michelle Svendsen, who owns North Jetty Brewing along with her husband Eric. “They are an Alternative Country-Americana band out of Portland playing all original music. This celebration weekend will continue through Sunday with tours, specials and giveaways. Taproom hours for this event are Friday and Saturday from 2:00-10:00 pm and Sunday 2:00-7:00pm.”