Today, the day before the Fourth of July, is National Independent Beer Run Day, a day stock up on beer from America’s independent breweries. The proclamation comes from the Brewers Associations, the not-for-profit trade association dedicated to small and independent American brewers. They’ve created some fun collateral to support the mission, like the video below.

Maybe someday the Brewers Association will be able to run videos like that as commercials during the Super Bowl. Probably not. The cost of independence, I suppose.

While most of the people who follow a forum like the Washington Beer Blog do not need much convincing, the Brewers Association wants to take this opportunity to remind beer drinkers across America to support independent breweries. If you are reading this, you probably already pledge much of your beer money to breweries that qualify as independent. If you don’t care about independence in the brewing industry, you probably don’t care about beer enough to read this blog.

They aren’t exactly unicorns. It’s not uncommon to find people perusing the beer aisle at the grocery store who actually want to support craft breweries (independent breweries) but are not aware that Blah-Blah IPA is only a dollar cheaper per sixpack because the brewery that produces it is owned by the largest beer corporation on the planet. So, part of National Independent Beer Run Day’s mission is to raise awareness of the Independent Craft seal, which more and more breweries are using to differentiate themselves from non-independent breweries. 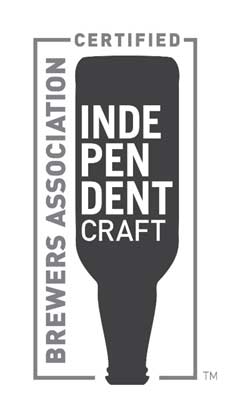 When you see that seal, you can rest assured that the beer comes from a brewery that is not owned by some massive, multi-national conglomerate that is engaged in predatory price hacking or otherwise focused on damaging the craft beer industry. At the same time, recognize that not every independent brewery has adopted the seal into its packaging. So the seal tells you that the beer comes from an independent brewery, but the absence of the seal doesn’t tell you that it does not. Confused? Yeah, I thought so.

The Brewers Association defines a craft brewery as being small and independent. They actually do have definitions for those two subjective terms. You can read more about it here.

Personally, I like to use the age-old definition of pornography to describe craft beer: I don’t know what it is but know it when I see it. Or, in this case, drink it. Easy for me to say because I know which breweries are, and are not, independent.

I don’t want to drop names, but I think you all know what breweries do not qualify as independent. The Brewers Association suggests that for the Fourth of July this year you fill your cooler with beers that are not from them.