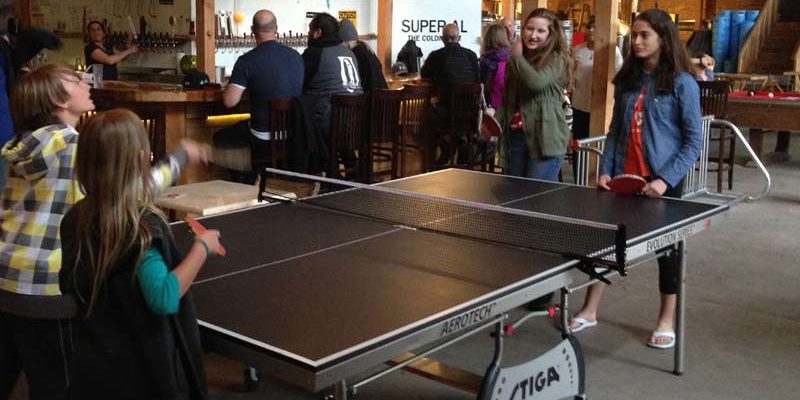 I recently visited Kenmore, Washington to check in on the city’s burgeoning brewery scene and visit two breweries that I’d yet to see: Nine Yards Brewing and Cairn Brewing. The former opened last year and the latter opened last month.

The city at the north end of Lake Washington is charging boldly into the future and its city planners recognize the value breweries add to the community (see our previous story). Reportedly, city officials are therefore trying to make it easy for new breweries to choose Kenmore. In less than a year the city has welcomed two new breweries, both of which sit along the Burke Gilman Trail, near 192 Brewing’s Lake Trail Taproom, which opened in 2012. 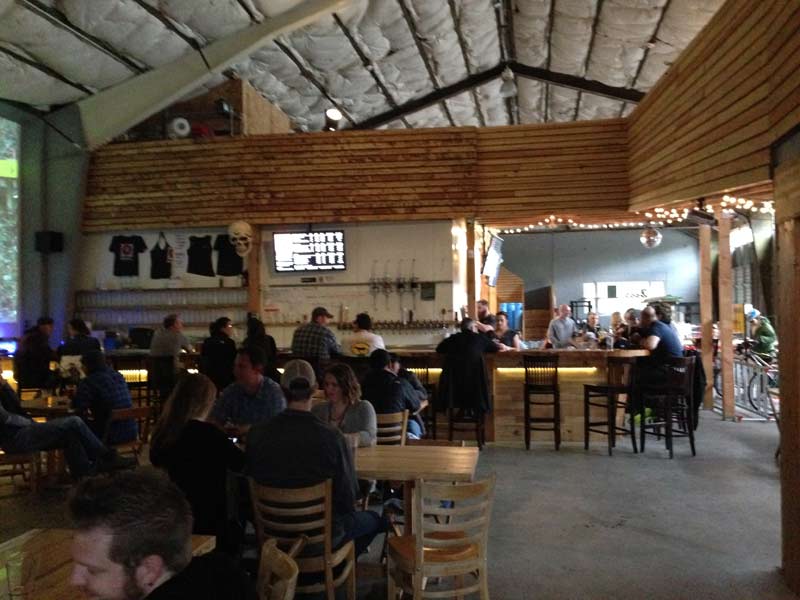 Right next door to the Lake Trail Taproom you’ll find Nine Yards Brewing Company (7324 NE 175th St), which offers an all-ages taproom. It opened last summer and quickly proved that city planners were right; it almost instantly became a popular gathering spot for locals, helping to instill a sense of community in a city that needs it. Honesty, it already feels like the brewery has been there for years. 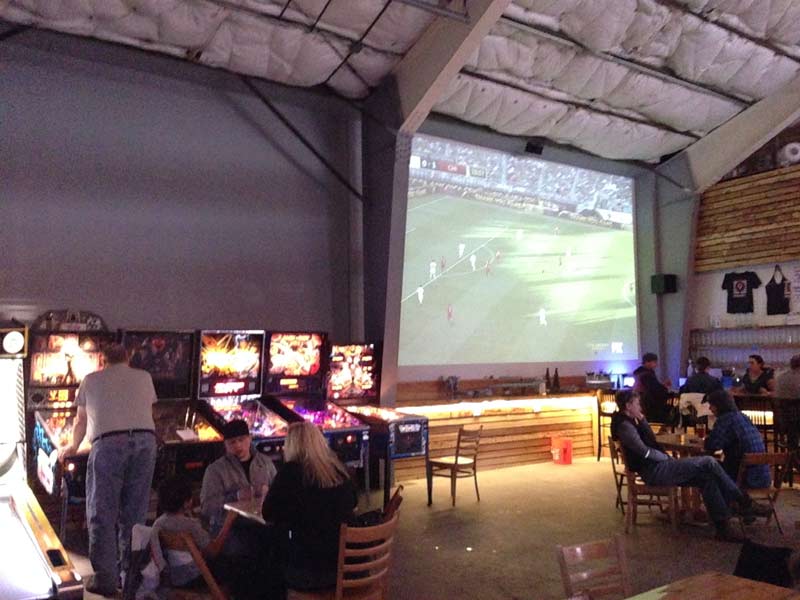 The beer lineup is impressive. Not just tasty brews, but a lot of them. On the wall above the taps, built-in randalls offer infused versions of house favorites. Of the beers, my favorite was the Homewrecker Red, which they describe as an Amber/Red Ale, but it tastes more like an India Red Ale to me, with lots of hop character compared to most ambers. They do have an IRA on the menu, but the Homewrecker seemed hoppier to me. The beer menu ranges from Suddenly Lager to Milk Stout, from Strong Blonde Ale to an odd concoction dubbed Figgy Pudding Sour. 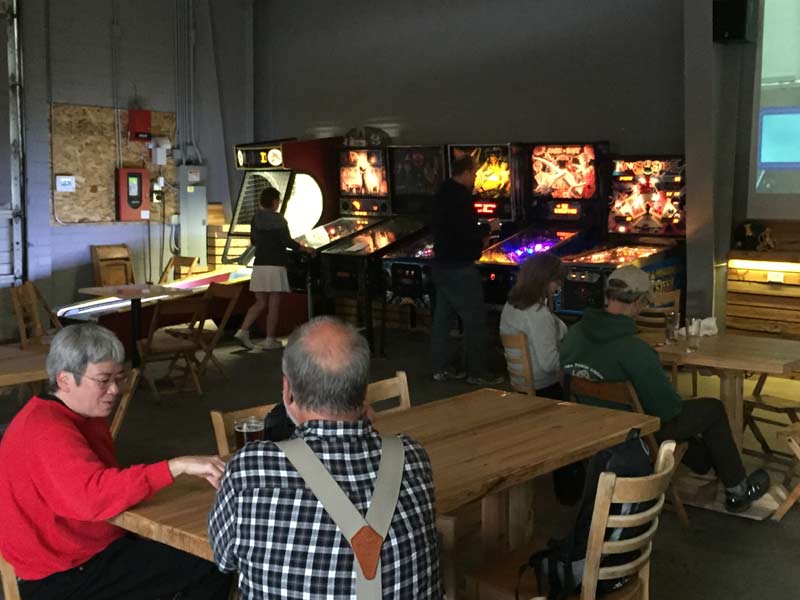 It’s a large, warehouse-like space, with a combination of table seating and a small section with softer seating. For your entertainment, they offer a ping-pong table, a custom-felted pool table, a skee ball machine, and vintage pinball machines (including my all-time favorite, The Adams Family). Among the televisions, a projection TV with a massive 19’ x 11’ screen. 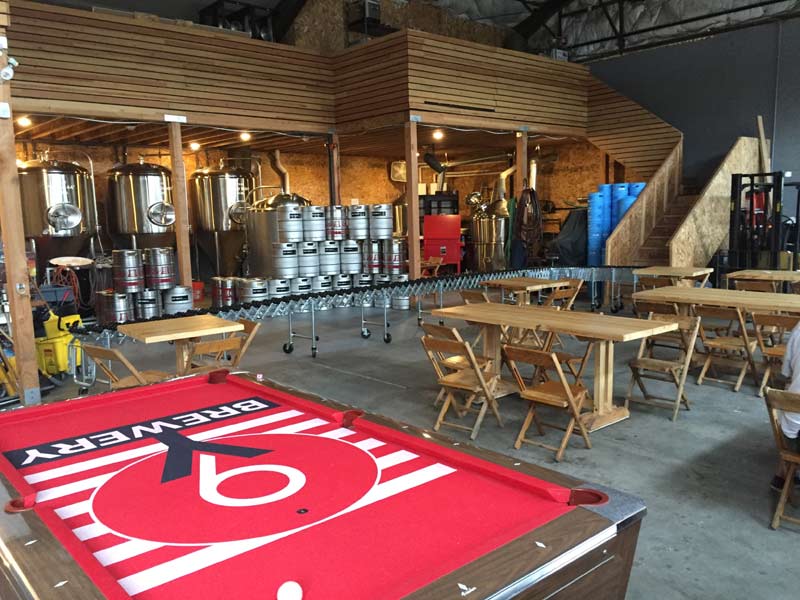 You’ll often find a food truck parked outside the back door. Follow them on Facebook to stay informed about which truck and when. 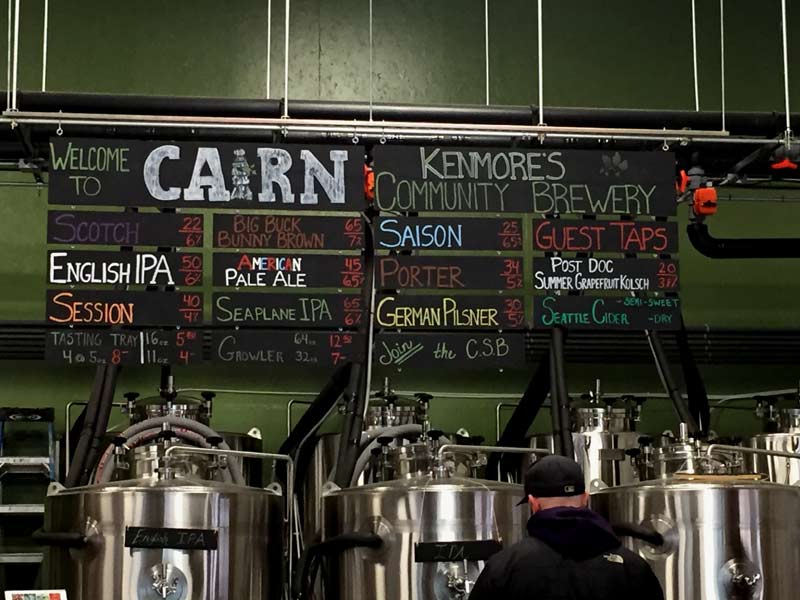 Just a block away, also along the Burke Gilman Trail, Cairn Brewing opened its kid-friendly, dog-friendly taproom in May of 2016 at 7204 NE 175th St.

They’re new, so the beer lineup was a bit more predictable than Nine Yards: Pale Ale, IPA, Saison, and so on. What really stood out was the quality of the beers. They were all true to style, flawless and delicious, which is impressive for such a young brewery. For me the standouts were the Scotch Ale and the Seaplane IPA. 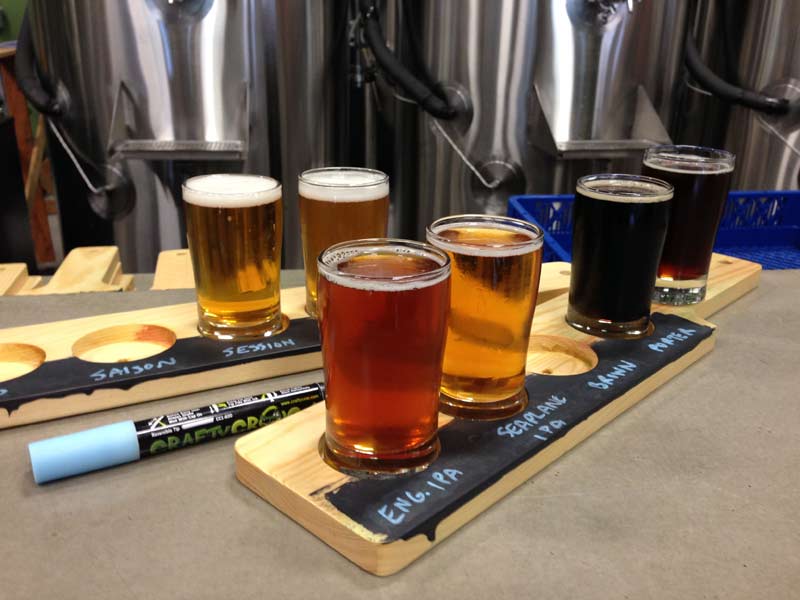 Bill and Jen Boyd own and operate Cairn Brewing. An avid homebrewer, Bill wisely decided to get professional training before leaping into the world of commercial brewing and attended the Siebel Institute in Chicago. The beers taste like it. 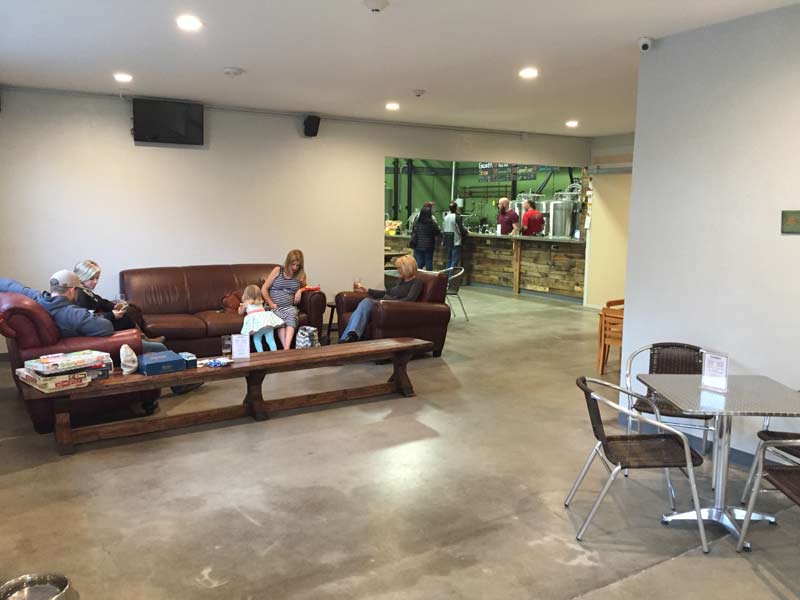 The husband and wife team hatched the idea while hiking. As Bill tells it, they were on a trail with an unusually high number of cairns (the little rock piles with which hikers are familiar) and the idea of naming the business Cairn Brewing suddenly seemed like a good one.

He and Jen knew that they wanted to open their brewery along some sort of urban trail and originally looked a locations along the Cross Kirkland Corridor trail, but when they began to investigate permitting and licensing a brewery in Kirkland, they ran into some municipal switchbacks. Meanwhile, on the other side of Lake Washington along the Burke Gilman Trail, the City of Kenmore offered a simpler path. 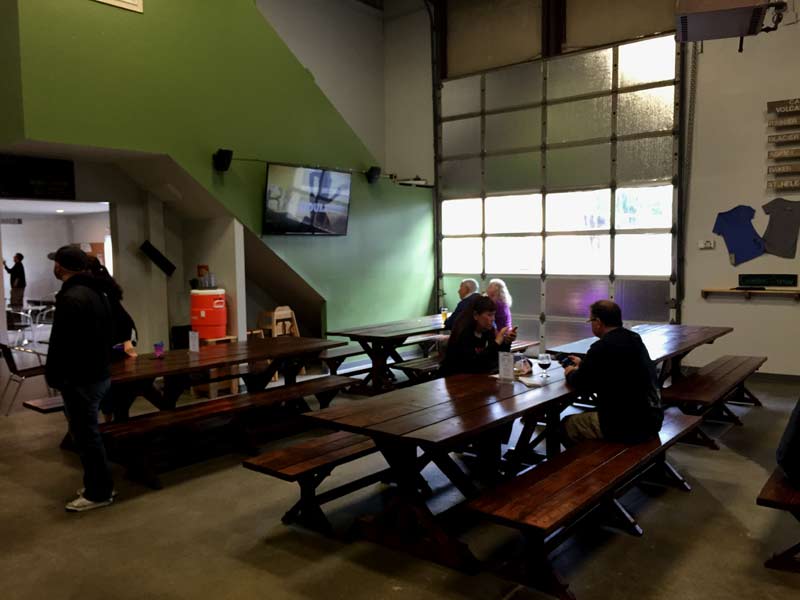 Inside the taproom at Cairn Brewing, large communal tables with bench seating are combined with couches and loveseats. I wouldn’t call it large, like Nine Yards Brewing’s taproom, but it’s far from small. It’s cozy, but sort of expansive. They also have some outdoor seating when weather allows. As for food, they sell a few snack-type items, but they don’t have a kitchen. 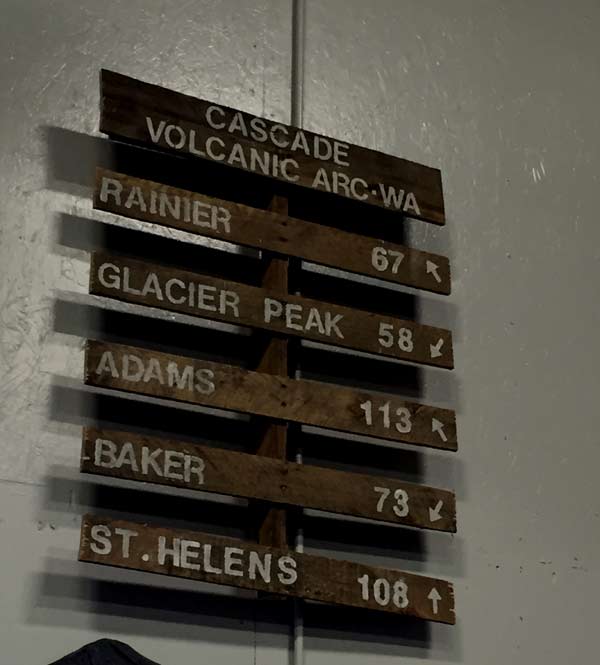 A sign on the wall points out the direction and mileage to Washington’s volcanic peaks. In one corner, a large mural of a cairn is painted on the wall. Bill explained that he doesn’t get to do as much hiking as he did before opening the brewery. Such is life when a hobby becomes a profession; breweries have a funny way of consuming your once-free time. For those of us on the other side of the bar, breweries provide something to do in our free time.