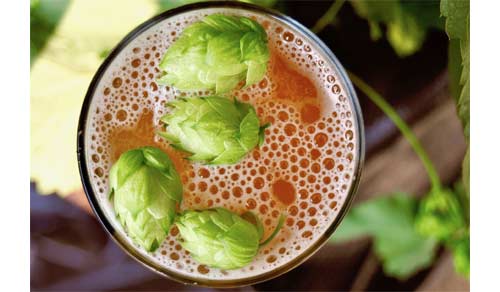 The fresh hop season is drawing to close. I do not mean to suggest that the beers are no longer available, I am simply suggesting that you might want to get ’em while you can. One good place to do that is at Seattle Fresh Hop Festival in Georgetown tomorrow (Saturday, October 12).

The Yakima Fresh Hop Ale Festival, perhaps the most prestigious of all fresh hop events, took place last weekend in Yakima. Awards are given out there, too. The winners of these highly coveted awards are below.

Also, last weekend in Denver the Great American Beer Festival (the nation’s most prestigious beer competition) handed out all of its medals, which included a bronze medal for Seattle’s Cloudburst Brewing in the Fresh Hop Beer category.

As of yesterday, Reuben’s Brews had four fresh hop beers on tap. As of today, Best of Hands Barrelhouse has seven on tap: four of its own and three guest taps. And of course, you can count on Fremont Brewing, the most-prolific fresh hop beer producer in the world (not hyperbole, but fact), to have plenty of freshies at their Urban Beer Garden.

It’s a most glorious time of year, that’s true. By its very nature, fresh hop beer season is also a fleeting thing. Get out there and enjoy some fresh hop beers while you still can.