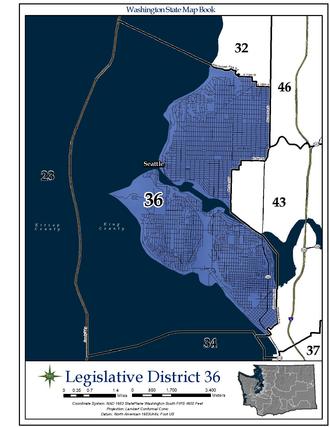 See a list of all our posts on this topic (proposed beer tax).

I felt compelled to post this letter. The author very clearly makes many important points. His words helped me understand why I feel so strongly about this issue.

I’m writing to you about the new legislation proposed in your budget to increase taxes paid by local small breweries. I’m sure you’ve received a lot of letters on the issue and have heard numerous arguments about the economic impact of the tax on Washington business. However, I want to talk to you about the impact the tax may have directly on your community.

I’ve lived in the Ballard/Phinney/Greenwood neighborhood since 1996. I’ve been a member and volunteer at the PNA since 2000 and owned 2 different houses in this area. I voted for you in your first election. Due to redistricting that ended my 16 year tenure in the 36th and placed me in the 43rd, I probably won’t have the opportunity to vote for you again. However, the 36th district is still my neighborhood; it’s where many of my friends live and where I spend a majority of my time.

In the time I’ve lived here I’ve seen a lot of changes, most of them for the better. In the last 5 years I’ve seen a proliferation of breweries open locally including Populuxe, Peddler, Reuben’s, Urban Family, Hilliard’s, NW Peaks, Naked City, and Maritime Pacific (in their new expanded location), and I’ve seen how they’ve impacted our community for the better.

The majority of these breweries have opened in small industrial spaces that have sat empty for years. In opening, they’ve not only provided income to their landlords, local jobs, and foot traffic to underused areas, but also places where families and friends can gather. Due to our state’s interesting liquor laws, most of these places are all-ages since they are breweries and not taverns. They’ve openly embraced this aspect of their business and actively cater to families.

When I’m out on a Friday, I see many of these young families with infants and toddlers out meeting up with friends. They don’t want to take their kids out for fast food or to a coffee shop, and probably can’t afford to go out someplace nice for dinner. They probably live in a small apartment where they can’t have many people over. They’re probably saving up money for their first house or their kid’s education. What they’re looking for is a casual place to unwind with their friends and get a good beer for a fair price. Paying more in tax would directly cut into that, either their ability to go out and be in their community or directly into their savings. Or it may simply result in these places closing, removing these spaces from the community.

Additionally, I see places making a great effort to create community within the neighborhoods. When George Hancock expanded Maritime Pacific in Ballard, he changed his iconic Jolly Roger brewpub, making it family friendly so people could meet their friends with kids for a beer and a meal. When Don Webb and Donald Averill opened Naked City Brewing in Greenwood, they opened in a location surrounded by three notorious dive bars (The Crosswalk, The Baranof, and Yen Wor Garden) and not much else. They worked to create an inviting place where families and friends could gather above 85th, actively engaging the community through a diverse selection of monthly events including Think & Drink Humanities Washington discussions, live opera and jazz music , and silent movie nights.

This same sense of community is what has made these breweries some of the biggest supporters of the PNA. The PNA beer taste that has been held for the last 25 years is the second biggest annual fundraiser for the PNA after the auction. That event cannot happen without the generosity of the local breweries that donate their time, beer, and merchandise to the PNA for free, asking nothing in return.

Thank you for your consideration.

New Belgium Brewing sold to Lion Little World Beverages. There may be others
Time for Winter Beers! Brewers chime in about what makes a beer a winter beer
Kegger for Koalas - fundraiser in Edmonds on February 13th