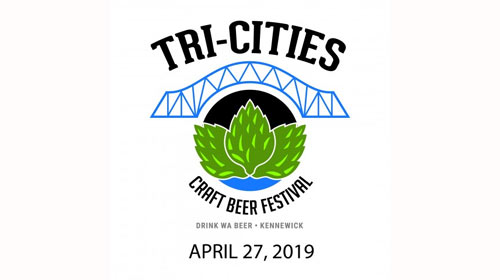 The Washington Beer Commission the list of 28 local craft breweries that will participate in the 3rd Annual Tri-Cities Craft Beer Festival on Saturday, April 27 in Kennewick, WA. In all, participating breweries will pour no less than 90 beers.

“The Tri-Cities Craft Beer Festival will have an indoor/outdoor element to take advantage of the typically pleasant spring weather in the area,” said the event organizers. “Local food trucks and a music component will make for a festive atmosphere to go along with the delicious Washington craft beer selections.”

“Tasting festivals are a great marketing tool for the state’s breweries and the primary source of funding for the Washington Beer Commission. All event proceeds get reinvested in the marketing and promotion of Washington state craft beer and its 402 statewide breweries.”

Here is the list of participating breweries in the 2019 Tri-Cities Craft Beer Festival:

$20 advance tickets/$25 at the door while supplies last

Time for Winter Beers! Brewers chime in about what makes a beer a winter beer
Kegger for Koalas - fundraiser in Edmonds on February 13th
Win tickets to Belgian Fest, happening at Seattle Center on Jan. 25th